Here are Terry’s favourite albums of 2013:

5. The High Bar Gang Lost and Undone (True North Records)
Available on: iTunes
Unlike any other record released this year. The title says it all – these are lost songs given new life. A fine mix of Gospel and Country/folk/bluegrass, it’s old songs made new with layers of real voices and very real instruments, all watched over by the ears of Ry Cooder.
See them live. Delightful.

4. Blue Rodeo In our Nature (Warner Music)
Available on: iTunes
Because they’ve been making great music for two generations of Canadians, the question is ‘Do we take them for granted’? I think we do. This really is Greg Keelor’s LP, not that Jim Cuddy disappears but Greg had a lot to say and sing. It’s fair to say that Blue Rodeo are the sound of Canada. High Country Harmonies.

3. Serena Ryder Harmony (Capitol/Universal)
Available on: iTunes
Yes the LP was released late 2012 but it spent its sensational life being discovered all during 2013. Gold and Platinum status awarded in 2013. A whole new voice for Serena.
More please.

2. Lee Harvey Osmond The Folk Sinner (Latent Recordings)
Available on: iTunes
The pride of Hamilton, Ontario – the ever shifting, ever changing Tom Wilson, of Blackie and the Rodeo Kings. This is his side project – something to keep him off the streets and out of the gangs. Some side project!!

1. Arcade Fire Reflektor (Merge Records)
Available on: iTunes
Will show up on everybody’s best of list this year. A Grammy for Album of the Year, a sensational club concert after SNL, a 20-minute film Here Comes The Night and so much more. But that’s all filigree. This is all about the music. Each and every song is complete and connected to the next. A true LP, the likes of which we haven’t seen since the Beatles. And they’re Canadian eh!!

“Payne has never before been this melancholy, or this sincere. Nebraska looks into America’s soul and finds a troubling emptiness.”

Director Alexander Payne (Sideways, The Descendants) takes the helm for this black and white road trip drama starring Bruce Dern as a tempestuous Missouri father who’s convinced he’s won a million dollar magazine sweepstakes, and Will Forte as the son who grudgingly agrees to drive him to Nebraska to claim his winnings. Bob Odenkirk and Stacy Keach costar. ~ Jason Buchanan, Rovi
[divider] Director, producer and screenwriter Alexander Payne was born in Omaha, Nebraska. Of Greek descent (the family name was changed from Papadopoulos), his parents George and Peggy ran a Greek restaurant. He has two older brothers.
Alexander attended Stanford University, where he majored in Spanish and History. He then went on to study film at UCLA Film School. His university thesis film was screened at the Sundance film festival, which led to him being backed by Miramax to write and direct Citizen Ruth (1996). Payne prefers to have control over his movies, from scripts to cast.  known for the films Election, About Schmidt, Sideways and The Descendants. His films are noted for their dark humor and satirical depictions of contemporary American society
Trade Mark
Often sets his films in and around Omaha, Nebraska
Frequently films scenes at natural history museums
Frequently casts Phil Reeves
Frequently uses actual people in roles of minor characters in his movies (real life policemen for policemen, real life restaurant servers for servers, real life teachers for teachers)
Frequently incoporates telephone monologues as a dramatic device
His films often revolve around adultery in marriage and relationships
His films often deal with a sense of loneliness depicted by the main character
Features characters that endeavor for self-fulfillment and individualism (Sideways (2004), About Schmidt (2002)).

Interview with Will Forte and Terry David Mulligan: Forte was age 32 before he came to the public’s attention on “Saturday Night Live”(1975), but had been working in comedy since 1997. Forte is the son of artist Patricia and financial broker Orville Willis Forte III (divorced) and has one older sister, Michelle. A creative and artist child, he was an athlete (football and swimming) in high school and voted Best Personality at Acalanes High School. After graduating from UCLA with a degree in History, Forte had a brief career at a brokerage house before deciding to try comedy. Although he rarely performed stand-up, he joined the world- famous “Groundlings” and was hired as a writer for the series, “The Jenny McCarthy Show” (1997), The Army Show, and The David Letterman Show. He eventually caught the attention of Carsey-Werner executive Tom Werner when he wrote a pilot about two childlike idiot brothers (eventually turned into the film, The Brothers Solomon (2007)) and was hired for the shows, “3rd Rock from the Sun” (1996) and “That ’70s Show” (1998).
In 2002, Forte moved from his home state of California to New York City to join “Saturday Night Live” (1975) as a writer and cast member. Although known as shy and reserved in his personal life, Forte was one of the individuals responsible for the shows move to absurd, surrealist comedy. Along with voice-over acting, guest appearances on television and small roles in films, Forte had his biggest opportunities to be a movie star with films he wrote. Forte wrote the screenplay for The Brothers Solomon (2007) (and had the leading role of childlike “Dean Solomon”) and played the title role and co-wrote the SNL film MacGruber (2010). Although both films were given small budgets ($10,000,000 each), the were both considered box-office and critical failures, although they do have a cult following.
After MacGruber’s theatrical release, Forte left SNL for personal and professional reasons, although he has returned as a guest performer. Forte has had a recurring role on the series 30 Rock and made numerous other guest appearances on other TV comedies. Since leaving SNL, he has also increased his work as a voice artist and appeared in 5 movies (A Good Old Fashioned Orgy, Tim and Eric’s Billion Dollar Movie, Rock of Ages, That’s My Boy, and The Watch).
Since 2012, he has moved into dramatic and straight roles on a television pilot titled Rebounding by the producers of Modern Family and Irish film Run and Jump. In August 2012, he was cast (and first choice) in the much anticipated Alexander Payne film Nebraska, despite rumors that higher profile actors such as Casey Affleck and Paul Rudd were interested in the role. 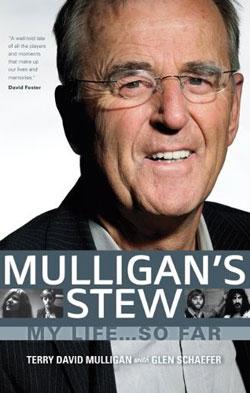 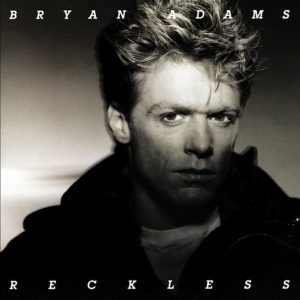 Photograph by: John Mahoney , THE GAZETTE

Just how much of an enduring influence on local musicians is Bryan Adams? A lot based on the responses received from members of Marianas Trench and The Left.
Matt Webb (Marianas Trench guitarist): “Bryan Adams is a total legend. What musician wouldn’t want a career like his? 8 billion #1 hits, myriads of records sold, owner of the coolest studio in the world. He is someone we certainly look up to and has done wonderful things for Canadian music.”
“Many people aren’t aware that BA owns a recording studio in Vancouver which he rents out dirt cheap to musicians from all walks of life, using his success to give back to the music community. Having had the privilege of working there several times, I can say that Marianas Trench records sure wouldn’t sound the same without BA. So . . . thanks!”
Josh Wyper (The Left, keyboardist/vocals): “When I was developing my career starting out, there weren’t a lot of musicians who I could model my style and career goals after. After hearing his duet with Spice Girls’ Melanie C, “When You’re Gone,” and I thought that smoky vocal style was something worth striving for even if it isn’t as popular at the moment. Without going too far into it, his voice and his writing all have a very distinct feel that suit him and aren’t stylistically written to be hits. They are just classy and unique to his style.” 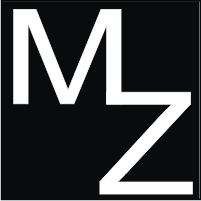 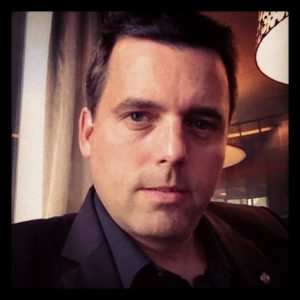 Corey is owner and president of  MEZZMEDIA in Calgary Alberta. He has helped businesses develop and expand for over 15 years and provides strategic planning, marketing and communications support to corporate and non-profit projects in North America, Africa and Asia.
Corey engages his clients using both on and off-line resources, and places a high-priority on providing services that are innovative, strategic and sound. His areas of expertise include Business Development and Consulting, Marketing and Communications Strategy, and Corporate Training and Facilitation.
Corey is proud to have worked with a range of North American and Multinational clients, including Statoil, British Petroleum,Worley Parsons & CNOOC. In addition to directing a successful business, he contributes to his community as a sitting member of The Doorway & Calgary Marketing Association. He received the Governor General’s and Mountbatten Awards by HRH Prince Michael of Kent in 2008.
Corey is proud to be working with Terry David Mulligan on his overall online communications strategy and web presence for www.tastingroomradio.com   www.mulliganstew.ca & www.hollywoodandvinestv.com

Mulligan on the passing of Dick Clark