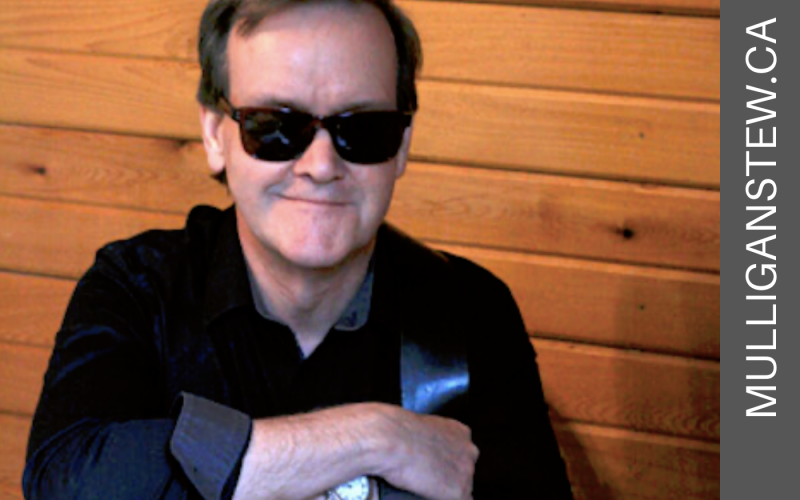 As much as Canada loves Roy Forbes’ songs I think it’s his voice that goes straight through your heart.

No fooling around. This voice is memorable. There’s only one like it.

The high lonesome sound of Canada.

Sunday he celebrates his 14th year of hosting Roy’s Record Room on CKUA Radio, province-wide in Alberta.  Name me another show that plays

A tower of those 78’s fell on top of Roy in his studio and his retina was so damaged he lost his sight. Roy has driven himself to just carry on.

Roy’s Room  IS the history of modern music. It’s how we got to where we are.

Roy has also just released his 11th album Edge of Blue.  It’s a  soul album by a skinny white kid.

Here’s the complete interview with tracks… 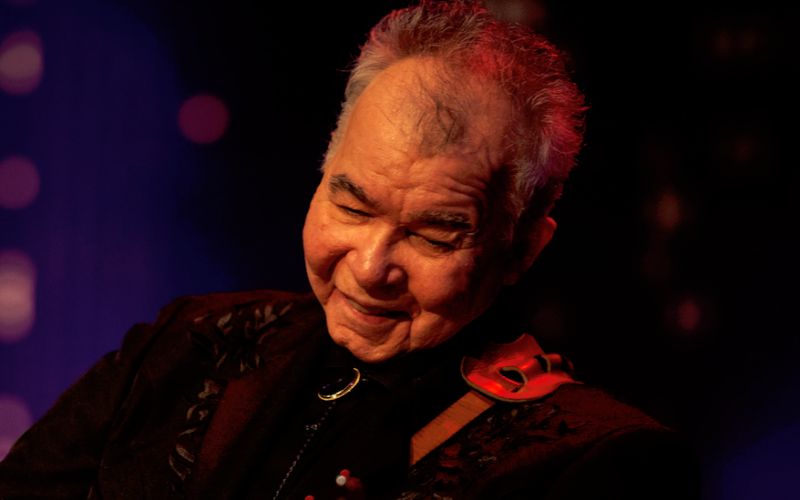 MulliganStew April 11th 2020-We say hello to The Beatles and Goodbye to Barry Allen, Bill Withers and John Prine

The NEXT Saturday 5PM #SingforSpring Song.

Province-wide, we sing a “Thank You” to all the health care workers, first responders, drivers, shopkeepers, essential services and more.

Step outside (sunny -2) open a window, step out onto the balcony, hit the front or back porch..roll down the car window.  If you can turn on the phone video.  Sing for all those heroes out there and post your video to Our guest this week is one of our own..Rockin’ Roy Forbes. Host of  Roy’s Record Room.

He’s celebrating the 14th year of “The Room” on CKUA and he’s just launched his latest and greatest album Edge of Blue.  (The complete interview can be found at www.mulliganstew.ca on Our Podcast)

NOTE:  This show was recorded on Tuesday because of the short week. I was more than halfway through the show when I discovered that John Prine had died.

I decided to just keep on going and let the Stew play out in real-time.

If it sounds like I got a tad choked up at times…I did. Like many, John and I shared a lot of years, a lot of songs together.

I decided to play a farewell song to John..and the natural choice was the last track on The Tree of Forgiveness.  When I get to Heaven is the song.

Some of the artists we’ve surrounded John with are

A new song from Mavis

Two artists we lost this week.  Bill Withers and  a long time friend..who I loved dearly Roxy Music-Supertramp-John Hiatt-Patti Smith-Linda Ronstadt and The Stew ends with over 12 minutes of the classic Boz Scaggs track Loan me A Dime. With the Muscle Shoals stars and Duane Allman on guitar. The playlist is below…

You are not alone 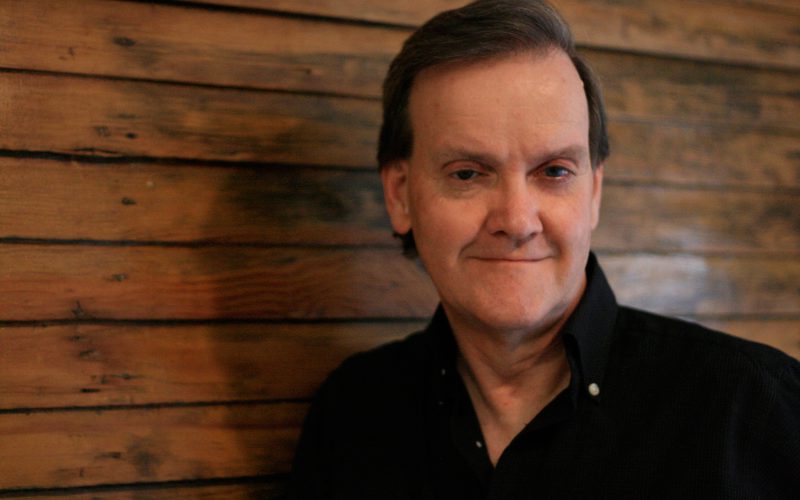 After two weeks of interviews..it’s time to zip the lip and have atter!!
So here’s close to  2 hours of the best music  I could find.. 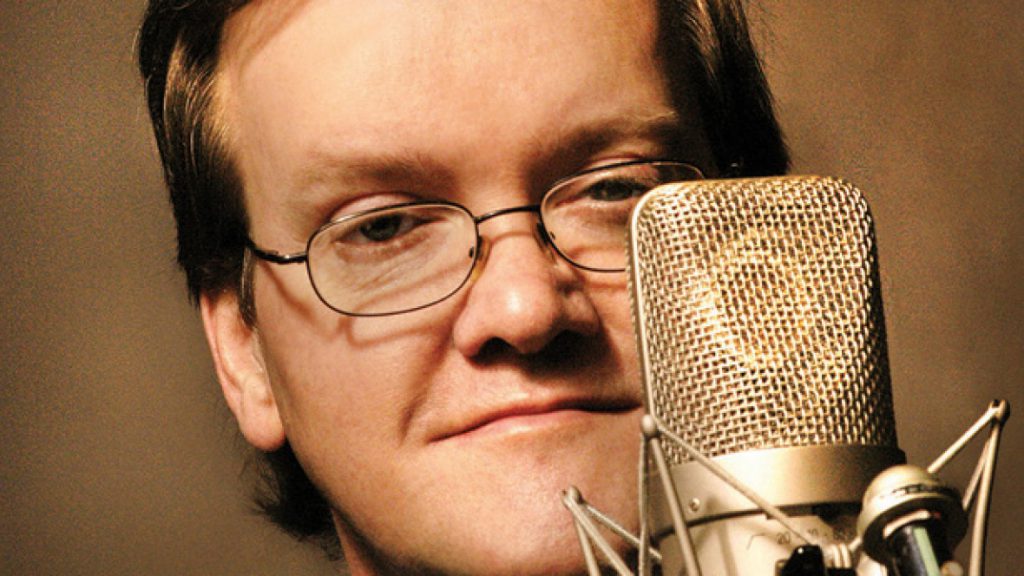 We only stop for one quick interview with my long time pal Roy Forbes. Roy celebrates his 11th year at CKUA Radio and his show Sunday will be filled with highlights of those years. Congrats Rocking Roy!!
Speaking of “highlights” check out
The opening track..a re-mastered version of Under Pressure with Bowie and Mercury. It’s just blazes.
Al Green/Jackson Browne/two Clapton songs/Colin James/Joel Plaskett (next week’s guest)/Dan Mangan/Kobo Town/Thievery Corporation/Janis/Crooked Bros
And LIVE tracks from

Have a great Saturday Night 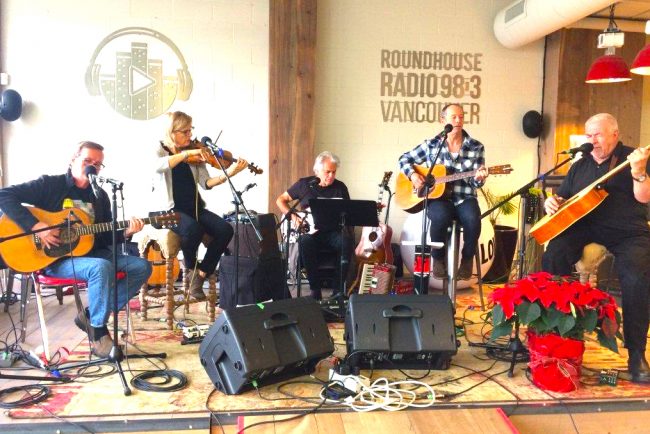 Mulligan Stew December 24th 2016-Christmas in the Round!

In a land long ago and not that far away..I hosted a show called The Great Canadian Goldrush on CBC Radio. It was the 70’s and music seemed to matter a great deal. It helped that the music being made was varied, engaged and spoke to a large audience.
Once a year Producer The late Susan Englebert would gather our musical friends in a studio and sing Christmas songs in a circle.
Shari Ulrich, Bim (aka Roy Forbes), Valdy, Terry Frewer, Coleen Peterson and many more all were asked to write a song and tell of special Christmas memories.
The show came and went after 8 years and we all moved on.
Years later I’m hosting and producing Live From RailTown on Roundhouse Radio and in walks Shari o sing and play for our opening.

Over coffee we talk about how it would be great to re-create or re-imagine those Christmas sessions of the 70s. I thought that roundhouse radio was the perfect place to do that.
So, Christmas 2015 we gathered in the boardroom (because the studios were working and we were somewhat noisy) thankfully GM Don Shafer had wired the boardroom as a possible performance area and it worked beautifully.
Captured by session audio  engineer Julia Graff, Shari’s daughter.
The cast included Shari and Roy. Also Barney Bentall, Jim Byrnes, Craig Northey (Odds) and ShaunVerreault (Wide Mouth Mason).

Here we are another year later and keenly looking forward to doing it all again.
Craig is on the road and Shaun is watching over family.
Stepping in admirably is Bill Henderson from Chilliwack who joins Barn, Shari, Roy and Jim. It has the makings of a tradition.
Everyone tells a personal Christmas memory that they have and performs a song that strikes them true.
We also get a second song from Barney and Roy.

That second song from Mr Forbes is a Christmas rocker called mince meat tart.
He wrote it for those original shows and it survives to this day…and still rocks.
Enjoy. And happy holiday and merry Christmas
-TDM
BTW you can subscribe to my new Facebook page dedicated to Mulligan Stew here: @mulliganstewmusic 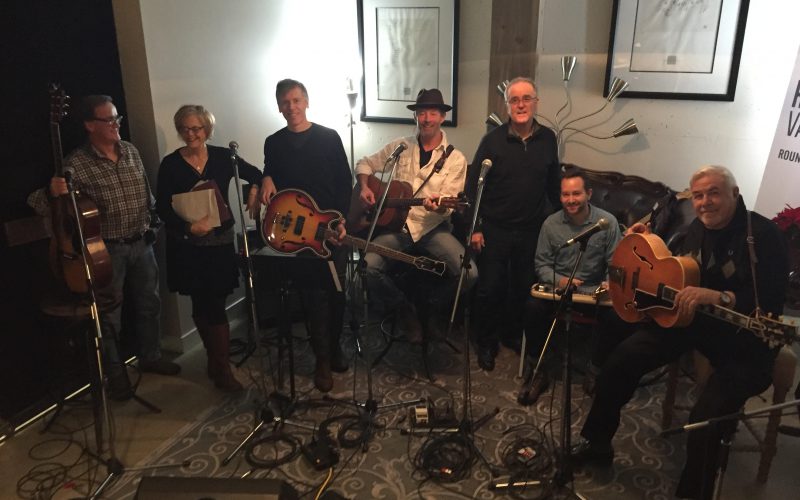 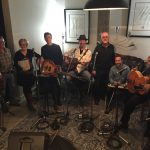 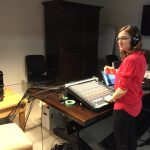 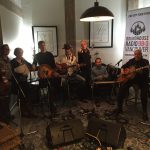 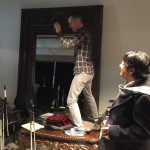 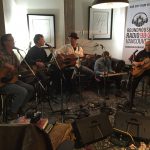 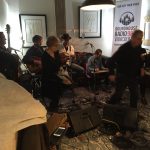 Many years ago on a CBC Radio show called Goldrush we used to celebrate Christmas by gathering in a studio and asking artists to share Christmas stories and songs.
The producer was the late Susan Englebert. This show is dedicated to her memory.
Two of the artists back then were Roy Forbes and Shari Ulrich.
Over the years we’ve always talked about how much fun it was and that we should do it again.
I never considered the possibilities UNTIL Roundhouse Radio signed on air in Vancouver and I was asked to do a one hour – 12-1PM arts and culture show.
Essentially singer/songwriters and bands playing live in studio.
As they came through I started to realize that it was possible to revive a tradition.
As Barney Bentall, Shari Ulrich, Roy Forbes, Shaun Verreault, Jim Byrnes and Craig Northey passed through the studios I asked each if they would like to do Christmas in the Round.
They all said yes.
And so..here it is.
Recorded in the boardroom because we didn’t want to disturb the on air hosts and guests..we pushed back the furniture, dimmed the lights, opened some wines, spread out some food and had at it.
Jim Byrnes was up first because he was on stage  2 hours later  as Scrooge in a production of Bah Humbug!
Shari’s daughter Julia Graff was our audio engineer..talk about coming full circle.
With Thanks to our production group Monique McQueen and Cory Price.
ChefClaire.com and our friends at Haywire/Okanagan Crush Pad
(Please excuse the Roundhouse Radio references..FYI..when I use Stew interviews in Vancouver I always try and leave the CKUA references in)
Here’s the line – up
Jim Byrnes – Please come home for Christmas
Craig Northey – Christmas, baby please come home
Shari Ulrich – Hear the bells ring
Barney Bentall – Christmas must be Tonight
Shaun Verreault – Rockin around the Christmas Tree
Roy Forbes – Mincemeat Tart

Christmas in the Round on Roundhouse Radio airs 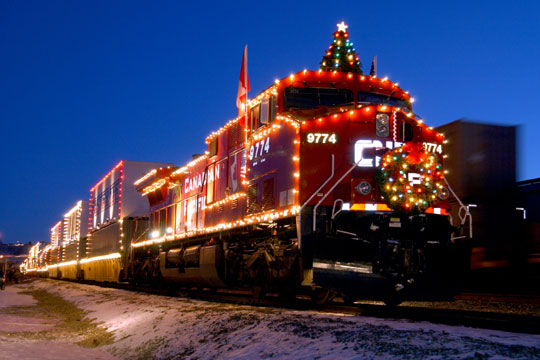 One of our all time favourite guests is Jim Cuddy from Blue Rodeo.  He not only brings insight to the world of music but he can talk food and wine with the best of them.
On this show, we’re talking about the “other” live album they recorded in Halifax and why they decided to go with the Massey Hall shows.
Then it’s all about the CP Holiday Train.  A Christmas institution that Jim leads across the country. Stopping in small towns, dropping the side of a rail car and playing tunes with his friends for all to hear.
Plus they raise funds for charities across Canada.
Lots of stories here..plus we have the CP Holiday Train schedule down below.
Click here for the Holiday Train Schedule