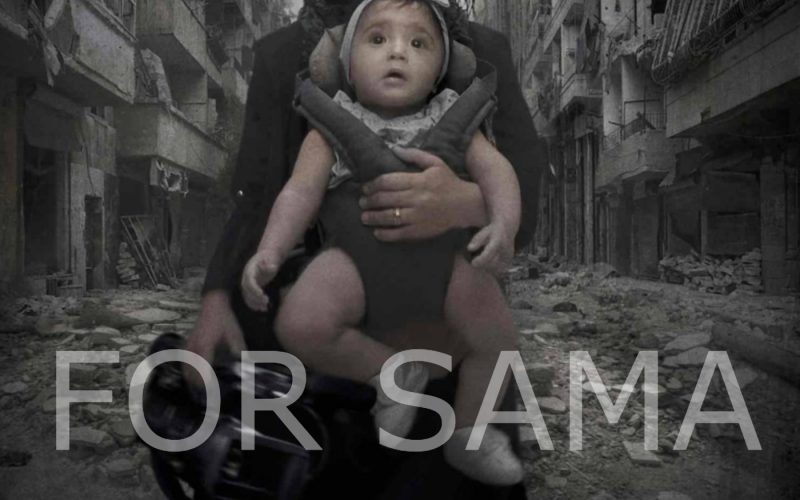 For Sama tells the story of one woman’s journey through love, motherhood, war, and survival during five years of the Syrian conflict. Directed by Emmy award-winning filmmaking duo Waad al-Kateab and Edward Watts (Escaping ISIS), the film chronicles the experiences of 26-year-old Syrian filmmaker Waad al-Kateab, who filmed her life in the rebel-held city of Aleppo over five years from age 21 – 26. For Sama is the first film to document the Syrian conflict from a woman’s perspective. With her on-screen, and in real life, is her physician husband Hamza al-Kateab and British filmmaker/producer Edward Watts.