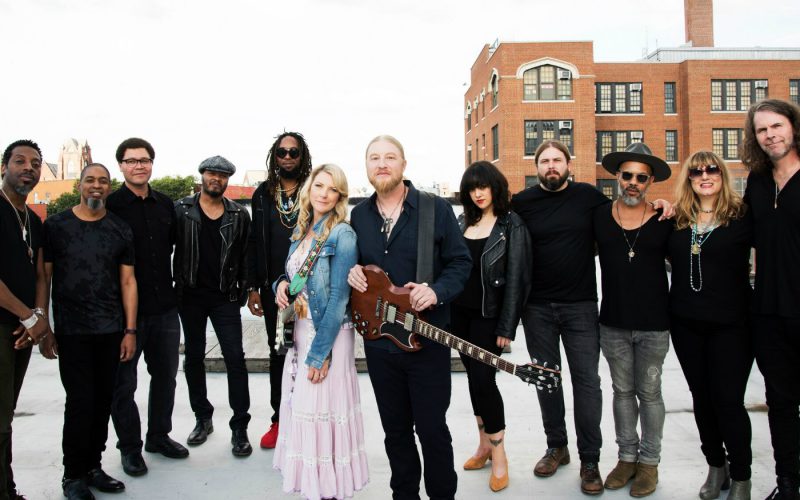 This week, Terry takes a deep dive into the electric new album by Tedeschi Trucks Band. Derek Trucks tells Terry about everything that went into creating ‘Signs’, the fifth studio album from the twelve-piece blues group.

The podcast includes three tracks from the new record: “Hard Case,” “Shame,” and “They Don’t Shine.”

The Podcast interview with Derek Trucks took place a week ago.
This Friday the new Tedeschi Trucks Band Album Signs came out.
Hours later on  Friday,  band member and friend Kofi Burbridge’s repaired heart failed him.
Yet another friend of the band passed on.
Derek talks about recent losses and how it affected the band, their lives and their music.
This Podcast is dedicated to the life and legacy of Kofi Burbridge.