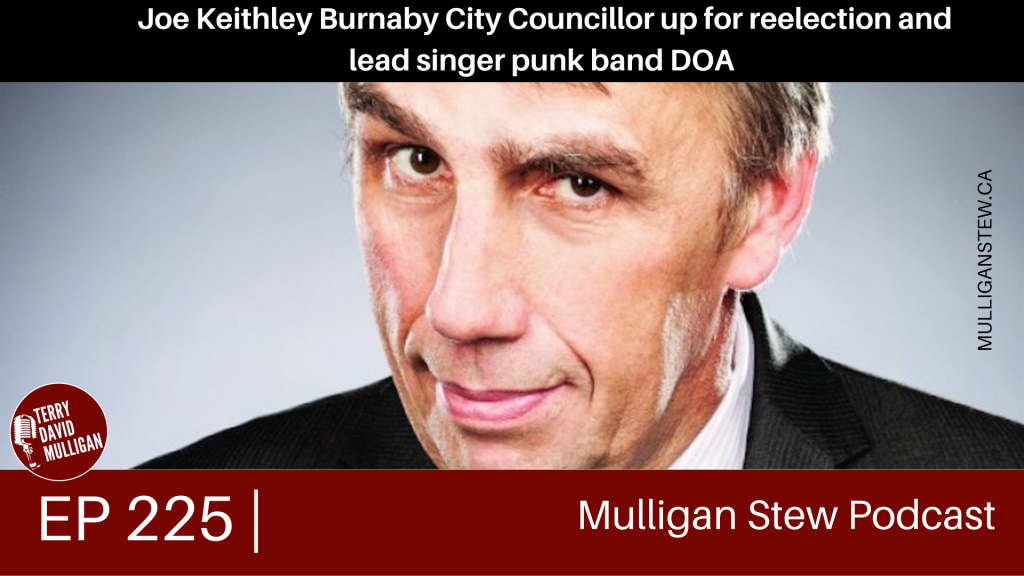 Joe Keithley (Shithead) is the leader of hard-core punk band DOA and has been since the late 70’s.

In 2008  The Vancouver Sun named Joe one of BC’s most influential people – of all time!

DOA played for benefits, rallies, protests, and anything with the word environment in it.

Joe and DOA still tour. 20 dates all across Canada in June and July of this year.

So it should come as no surprise that Joe is now Burnaby City Councilor Joe Keithley.  It took him years to get voters’ attention in Burnaby but now he’s no long shot, he’s running for re-election.

There’s a documentary film crew following him around..hoping to figure out how he finds the balance between being an angry rocker and a well-spoken politician.

One of the people making comment is Beto  O’Rourke – in Texas.

Joe’s s talking about affordable housing, human rights, quality child care, helping the most vulnerable, and assisting seniors and the homeless.  He’s just an all round great guy..and scary good on stage as well.

The Burnaby Election is October 15th . If you can donate or support Joe’s fight…Please contact him at