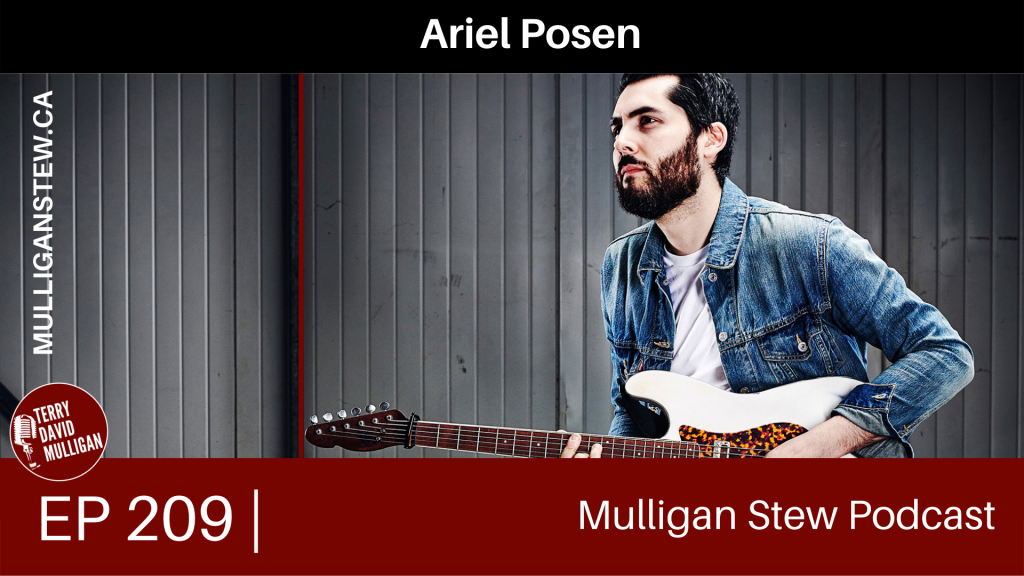 Ariel Posen is the guest.

I’ve spent a lot of time attempting to describe who he is and what he does.

I still can’t explain what he does with the guitar, that is until you hear him play.  WOW.

He came to prominence with The Bros. Landreth then went solo.

Latest EP is Downtown. Releases Mid July but we have several tracks for you.

Anyway. Because I can’t do the man and his playing justice I’ll leave you with some quotes from his last tour in the UK 2020.

2,420,174 views Feb 5, 2020, Canadian guitarist, singer, producer Ariel Posen played at Fat Lil’s in Witney, UK on Tuesday 4th February 2020. I knew he’d be good because he used to be in Brothers Landreth, but didn’t expect to hear this incredible, dynamic solo. Combining slide techniques, finger picking, dissonance and a fuzz tone to die for. It builds and builds. I was totally blown away! And I think it is possibly the best (to my taste) I’ve heard in all the years of owning the club

I’ve been playing guitar for 15 years and not once have I ever played one of those notes. What a pro.

This kind of style is the future of rock. Don’t get me wrong, I love a good ole CCR riff. However, today’s scene can barely keep up with consistently putting out new and original content. These are the kinds of brave and avant-garde performances that will be shaping the guitarists of tomorrow. This dude HAS IT

That’s a modern-day Jimi Hendrix experience right there! Thanks for sharing