Each year, every January  the Victoria Whisky Festival attracts distilleries, and the people who love them, from every corner of the globe. Distillers, distillery managers and brand ambassadors from over 50 distilleries travelled  to Victoria from Scotland, Ireland, England, Canada, United States, Japan, Taiwan, India and France. Collectively they presented over 200 whiskies,  showing a broad range of styles, flavour profiles and whisky philosophies. Distillers from across Canada were  in attendance seeking the recognition of major awards including Best Single Malt Whisky, Best Blended Whisky, Blender of the Year, Best New Whisky, Whisky of the Year and others.

In 2019, BC Distilleries had their strongest showing yet with major awards going to Vancouver Island’s Shelter Point Distillery for Innovation and de Vine Winery and Distillery for Best Whisky Spirit as well as a number of medals awarded.

with 242 bottles of SMWS whisky being seized from Fets Whisky Kitchen.

Rob Carpenter (co-founder of the Canadian branch of the SMWS), together with one of Fets’ owners and a lawyer, presented a tasting of some beautiful single cask Scotch Malt Whisky Society bottlings interspersed with an account of what happened, the legal issues, and the current situation, including the impact on BC whisky, wine, and beer enthusiasts and what can be done going forward.

Rob is very connected on both sides of the Atlantic and he wants whisky fans to know about #freeourwhisky – a movement to focus on government bureaucracy when it comes to whisky. The man speaks the truth and exposes our liquor bullies. Chris Thompson joined the company in 2010 and has been sharing the Forty Creek story ever since, introducing a variety of limited edition whiskies to an enthusiastic North American whisky community. Davin de Kergommeaux, Chairman of the judges for the Canadian Whisky Awards and author of Canadian Whisky: The New Portable Expert has been sharing his enthusiasm for Canadian Whisky with the world for two decades . His third book The Definitive Guide to Canadian Distilleries, will be published in spring of 2020.

Ken Winchester creates award-winning whiskies while keeping watch over the distillery’s vintage German copper pot still, Brünhilde. Demand for their Glen Saanich was so great the distillery held a lottery to determine who would  take one home.

At deVine, they grow their own grain, malt locally, and mash, ferment, distill and age on their property in Saanich, just outside Victoria.

Hailing from Aviemore in Scotland, Leon Webb made waves as Victoria Distillers Master Distiller before joining Shelter Point in September of 2017. He is a driving force behind their range of whisky expressions including their newest, a peated expression called Smoke Point. Glenfiddich is the most popular Whisky in Canada. Beth and Struan are the perfect pair to talk to. They joined the company on the very same day together.

We run through their pours in Victoria and plans for 2020. Having done a lot of work to raise the bar for Canadian Whisky in the past several years through incredible innovation,  at the Festival Dr. Don Livermore dug into his archives and pulled out some of his favourite, and most rare, whiskies of the past few years – some of the best that J.P. Wiser’s, Lot No. 40, Pike Creek and Gooderham & Worts have to offer.

At this year’s awards Don Livermore  took home trophies for

Connoisseur Whisky of the Year Domestic and Best Blended Whisky

Hiram Walker & Sons was named Distillery of the Year!

Couldn’t fit your interview in without messing with everyone else. You shall be featured shortly.  Cheers. 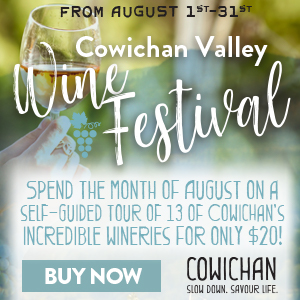