The Okanagan is trending.

The region has always attracted Social Media blasts but  this trending is different.

Our three Okanagan stories this week are about Cedar Creek, one of the first wineries in the valley but one that’s going through a transition to organic and new winery buildings are taking shape. It also has new leadership.

In February 2014, the Fitzpatrick family announced the transfer of ownership of CedarCreek to the Von Mandl family.  With this, two of the region’s pioneering winemaking families came together over a shared vision for the future of the Okanagan Valley. On our way to The Judgement of BC a while back..we stopped at Cedar Creek and received a brisk tour through the cellars, the new tasting room  and Home Block,  their sublime  restaurant that was nominated  to EnRoute Magazines list of best restaurants in Canada.

General Manager Graham Nordin runs a tight ship and Taylor Whelan continues his role as Winemaker.  Both join us on TRR. 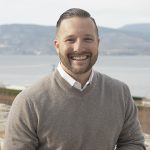 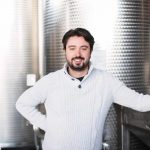 Are they on the right track?  Well, Cedar Creek has been named InterVin Winery of the Year for 2019.  They know exactly what they’re doing.

One of the biggest stories in all of Canadian wine circles is the purchase of prime vineyards and the rise of a stunning new winery.   Phantom Creek Estates in the South Okanagan will cost around $100 Million when it’s finally complete. Does that speak to you about the future of BC wine? It began in 2016 with the purchase of the legendary vineyards of the late Harry McWatters and vineyard whisperer Richard Cleave.

Driven by a love of Bordeaux-style wine, Richter Bai purchased the  Becker and Phantom Creek Vineyards.

“setting the benchmark in Canadian viticulture and winemaking.  Phantom Creek’s estate vineyards are now in transition to organic and biodynamic farming practices. We’ve got a foot firmly rooted in the past with our vision to the future.”

Phantom Creek Estates on the Black Sage Bench announced the appointment of Santiago Cilley as chief executive officer, and Francis Hutt as winemaker. Santiago  started his wine career working for Jackson Family Wines in California.  After 9 years Cilley relocated to Chile to lead the renaissance of certified sustainable Via Wines.

Santiago Cilley is our guest  and has the latest on Phantom Creek. They open their doors to the public  in 2020. The first true wine village in Canada. Located in the heart of the South Okanagan, the Village will be surrounded by vineyards and home to 16 artisan producers. Will also include a 600 person performance area.  Perfect!! The first village of its kind in Canada, District Wine Village will bring small-batch wine, beer, cider and spirit producers together alongside unique music and culinary experiences, all in one exceptional South Okanagan location.

They’re building as fast as they can.

Matt Kenyon is the fourth generation, general manager of Greyback Construction, a family-run construction firm based in Penticton, BC.

Mike Daley grew up in Kelowna   Mike’s wife  and  father in-law started Okanagan Vineyards Winery in the late 80’s (back when there was only 11 wineries in our province).  They were acquired by Vincor in 1996 and Mike became the Director of Operations for Western Canada.

He  successfully created BC Cider’s  business plan, built the Cidery  and created the brand Broken Ladder. This past spring Matt & Greyback construction approached Mike  with the idea of building  a wine village in the Okanagan and in 6 short months their  plan is coming to fruition.

Chef Bill Jones – Author of 12 books, many on foraging & mushrooms. We return again to Deerholme Farm in The Cowichan Valley.

I set my seasonal clock by Bill Jones.

During walks in the forests on the  west coast, this year I’m seeing a tonne of mushrooms..of every stripe and shape.  My inner me says “it’s time to talk to Bill”

Bill Jones is the owner / chef at Deerholme Farm.   Bill has  an amazing array of experiences behind him. Bill has cooked in Michelin-starred restaurants in France and England.

He is also a renowned author and expert on the foods of the Pacific Northwest. Bill’s unique specialty is wild foods from the forest, fields and oceans. Many people have visited the farm and Bill’s  goal is to leave them with knowledge, good nourishment and a little happiness.

Bill will walk us through the mushrooms  for foraging  during December and how to serve them. He’ll also  give you a heads up on the Death Cap Mushroom..which has had a banner year out there and has already claimed one life and several pets. (There’s a photo on this site..check it out)

Bill also tells us about  gearing up for his amazing local truffle dinners.

He’s a local legend. If one of his famous themed farm-to-table dinners is on, drop everything and go—it’s likely to be the best meal in the province that night. Local food with foraged wild fare and global technique make for revelatory plates like Chanterelle and prawn toast with hazelnut sate sauce.” Vancouver Magazine

The Science of Wine