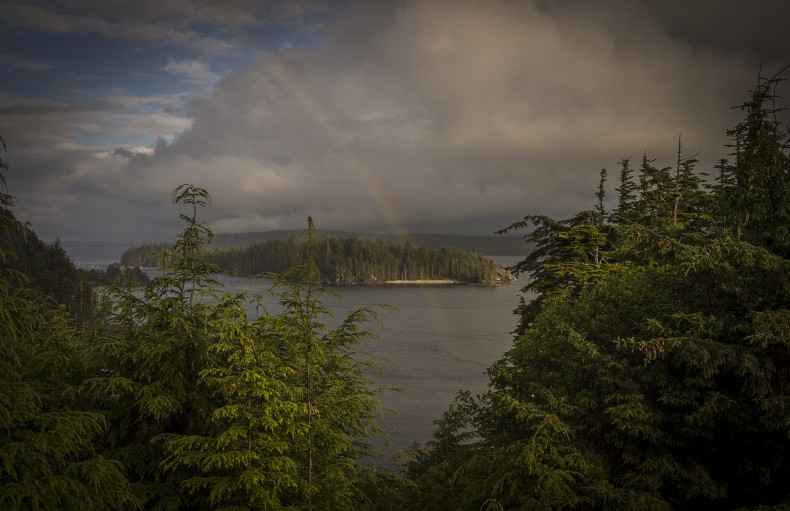 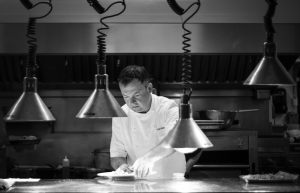 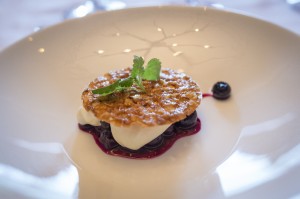 It has become the annual marquee event for The Clubhouse, an altogether extraordinary culinary excursion guided by acclaimed Vancouver chef David Hawksworth taking all to the northernmost reaches of Haida Gwaii for a week of gourmet food, captivating wines and outdoor adventures they won’t soon forget.   http://westcoastfishingclub.com/ David Hawksworth   A native Vancouverite who spent a decade honing his talents in Europe working in Michelin-starred kitchens such as Le Manoir aux Quat’ Saisons, L’Escargot and The Square, David Hawksworth soon emerged as one of Canada’s leading culinary talents upon his return in summer 2000. In 2008 David was named to Western Living’s ‘Top 40 under 40’ and became the youngest chef inductee into the BC Restaurant Hall of Fame. 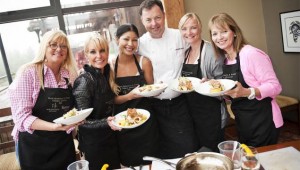 Dave and the Ladies

In 2013 he launched the Hawksworth Young Chef Scholarship Foundation, which annually awards $10,000 and an international stage to boost the career of a young professional chef; Hawksworth is joined by notable guest chef judges from across the country to determine the winner who competes in a culinary cook off, firmly cementing Hawksworth’s culinary influence on the international stage. In 2014 the program is expanding across Canada by hosting regional heats in Calgary, Toronto and Halifax; top finalists then travel to Vancouver to vie for the title of Hawksworth Scholar. 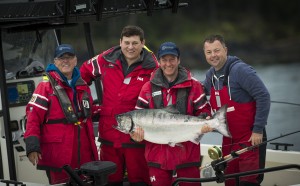 TDM. Brian Grange. The Hawk & Jacob Richler with his 40 pounder!

Hawksworth has travelled extensively as a guest chef, most recently to the James Beard House, in New York City, also to Sevva, in Hong Kong, Splendido Bar & Grill in Toronto and Cakebread  Cellars in the Napa Valley. Hawksworth appeared as a guest judge on the season one finale of Food Network Canada’s Top Chef and has participated in numerous TV cooking segments. Hawksworth donates his time to a number of charitable causes including his long-standing commitment to Fishing For Kids the West Coast Fishing Club’s annual charity tournament benefitingthe Canucks Autism Network. He also knows his way around the fishing grounds. http://www.hawksworthrestaurant.com/ http://hawksworthscholarship.com/     [divider] Anthony Walsh One of Canada’s most highly revered and respected chefs, 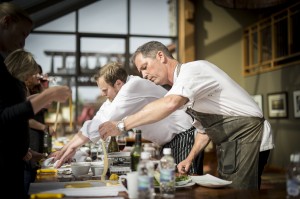 Anthony Walsh is the Corporate Executive Chef of Oliver & Bonacini 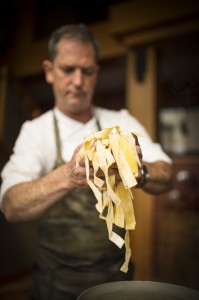 Before being appointed O&B’s Corporate Executive Chef, Chef Walsh served as Executive Chef for the iconic Canadian restaurant Canoe. Canoe  earned 4-Stars in Toronto Life magazine, was named best new restaurant by The Globe and Mail and Where Toronto magazine, and ranked #3 in Gourmet magazine’s list of Top Tables. 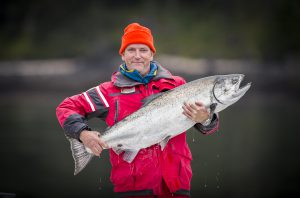 Anthony Walsh and his 40

Over the course of his career, Chef Walsh has won critical acclaim by national and international media and has received numerous awards, including gold medals from Taste of Canada, Black Box, Salon Culinaire and the Ontario Hostelry Institute. He has been a featured guest chef at James Beard House, and has cooked for a number of notable dignitaries, including Canadian Prime Minister Brian Mulroney, U.S. President George Bush, and Princess Diana.    This is his first visit to Haida Gwaii and first time West Coast salmon fishing. www.oliverbonacini.com   [divider]  Dino Renaerts 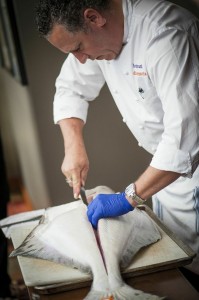 Dino Renaerts has firmly established himself as one of the west coast’s culinary leaders. A Kitsilano boy, Renaerts completed his education and training in Vancouver and has built a prolific career spanning over two decades that has seen him cook in a clutch of the city’s finest restaurants. Today, Renaerts applies his talent, passion and vision to his role as partner in The Bon Vivant Group, serving discerning clientele across the province. Current clients are the Royal Bank of Canada BC Division private dining room and special events, Loblaws, Nita Lake Lodge, Wines of South Africa, Wines o f Portugal, Herman Miller, Hill & Knowlton Strategies, and more. Recent projects include a 600 person Floatel for Bridgemans Services in Kitimat and a 2 year contract for the culinary direction and operations of PIER 7 restaurant + bar on the waterfront in North Vancouver.   A love of wine inspires Renaerts’s cuisine. In 1999, he was the first chef in Canada to become a Certified Sommelier through the International Sommelier Guild.

[divider] Shaun Snelling  His career has taken him to bin 941/942, the Opus Hotel as well as owning his own sandwich shop and working as a private chef and caterer.

More recently Shaun has continued to wow his loyal catering customers while paying the bills working in smaller kitchens. He is extremely excited to join The West Coast Fishing Club team and return to fine dining, his first love, bringing a creative and contemporary menu for the guests to savour. Shaun’s flair for fresh flavours and classic techniques keeps your taste buds guessing and leaves you satisfied.   http://westcoastfishingclub.com/  [divider] 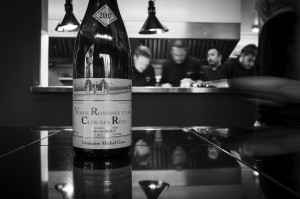 Mark Davidson:    Its all Black and White Born in London, raised in Sydney Mark has over twenty-five years experience in the hotel and restaurant business, fifteen of those as a Sommelier. 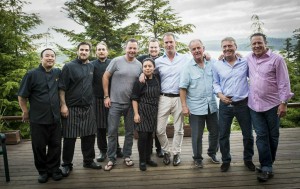 Wall to Wall Chefs. Can you find Mark – The Wine Guy

In 1990 Mark was named Best French Wine and Spirit Sommelier in British Columbia and in 2001 he was name Sommelier of the Year by the British Columbia Restaurant and Food Service Association. In addition he developed a wine education and restaurant etiquette course for Simon Fraser University Global Asset and Wealth Management MBA program and is currently studying for the theory section of the Master of Wine having passed the rigorous tasting examination in 2012. Mark is currently Global Education Director for Wine Australia.   https://www.internationalsommelier.com/services/mark_davidson   Jacob Richler – Writer. Fisherperson. Jacob Richler is a Toronto based newspaper and magazine journalist, and the son of novelist Mordecai Richler and Florence Isabel (Wood). He was the inspiration for his father’s Jacob Too Too trilogy of children’s books. Richler was a long-time restaurant reviewer for the National Post. Richler has also been a columnist and feature writer for Saturday Night and Toronto Life as well as a contributor to GQ, Flare, McLeans and Enroute. He also collaborated with chef Susur Lee  on the book Susur: A Culinary Life. Currently researching a book on Cooking with Canadian Wildlife. This trip became part of that future book. http://www.macleans.ca/tag/jacob-richler/   We also talk to Terry Cowan and Brian Grange. Both leaders at The West Coast Fishing Club.

A return to The River Café – Calgary