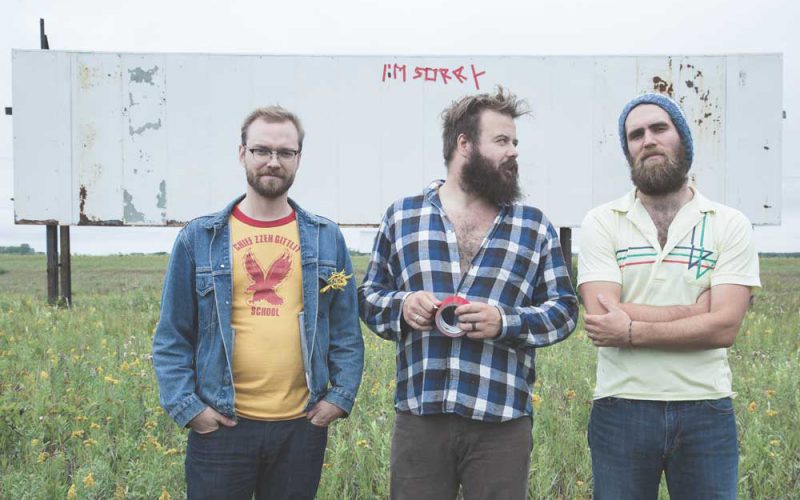 
The Blues are more often than not a blue collar gig, which make it only fitting that the second single from The Crooked Brothers, “Mean Mean Baby” was written on the job. “I wrote the song while on the clock at this old job I had, making deliveries around town,” says Darwin Baker. “Harmonica in one hand and steering wheel in the other. I got the idea after reading an interview with Winnipeg Blues legend Big Dave MacLean, where he was talking about how with the blues you can write a love song, it’s just gotta have a crooked angle to it.” Shot inside the log cabin where the track was recorded, the new video for “Mean Mean Baby” captures the honesty and intimacy of the track.

Available to stream courtesy of Exclaim!, The Crooked Brothers’ upcoming album, Thank You I’m Sorry, is folk music full of left turns. No strangers to wide open spaces, the brothers captured their album in both Winnipeg’s Private Ear Studio, a downtown warehouse recording studio, and a handmade log home in the country. The resulting sound closely reflects their live dynamics. Practically a Crooked Family Variety Act their concerts see banjos, mandolins, guitars, and more taking turns being juggled from brother to brother. Matt Foster’s unforgettably strange voice, inhuman and gravelly deep. Baker’s deft handling of the harmonica. Jesse Matas’ stories and poems turned lyrics. Each having their own style and touch, the arrangements seem limitless, and there’s a refreshing sense that they will never write the same song twice.

Having performed to sold-out rooms at festivals such as Brighton’s Great Escape, and Switzerland’s Spring Bluegrass Festival Willisau, The Crooked Brother’s will take their banjos, beards, and harmonies on tour across Canada beginning in October. Their latest album, Thank You I’m Sorry, is set for release onSeptember 23. 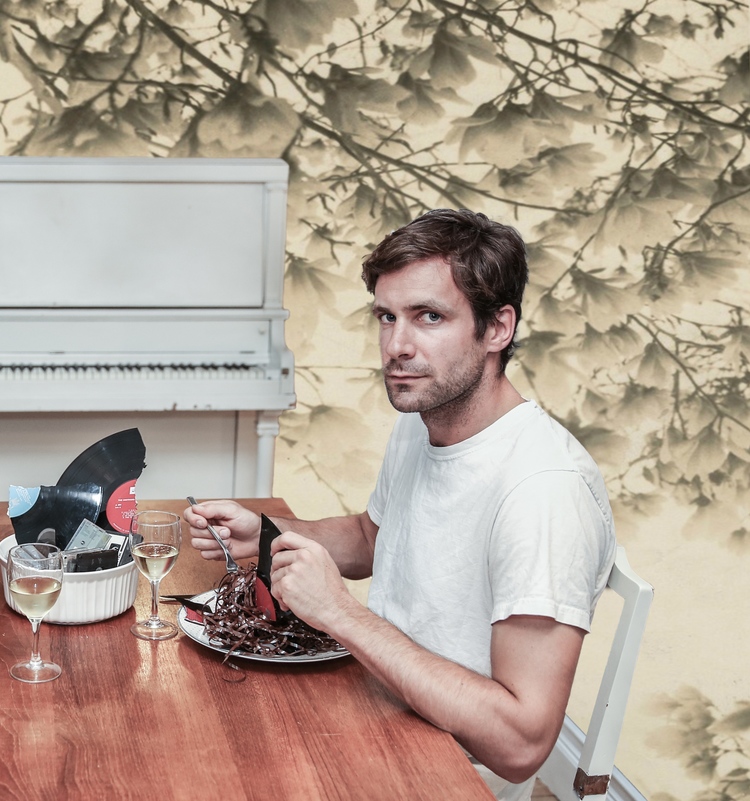 Slow Leaves is the recording name of Winnipeg’s Grant Davidson. He has garnered a reputation as much for his honest lyrics and stirring voice as his intimate stage performances and confessional story- telling. His country-tinged folk music is deeply rooted in the genuine and honest, rich in melody and sung from the heart of downtown.
“His lyrics are not only sincere, but intelligent and poetic, his melodies are immediately moving, and his voice is effortlessly timeless.” – Rusty Matyas, Producer, Beauty Is So Common
“Grant Davidson is a deft songwriter whose craft is refined and delivery is humble, grounded and elegant. Like a modern JJ Cale, his music is of a quality which draws you back in and doesn’t wear out.” – Stephen Carroll  (Manager of The Weakerthans, Imaginary Cities, Paper Lions)
For his most recent project, Beauty Is So Common (Sept. 2014), Davidson, impressed by the production choices on Imaginary Cities’ debut album, sent a letter to producer Rusty Matyas. When they met as near strangers in a downtown Winnipeg jam space, the potential of their collaboration was instantly obvious. With Davidson’s songwriting, rooted deep in folk and Americana and Matyas’ keen sense of pop harmony and arrangement, they stumbled on that subtle and elusive quality that anchors all great recordings: the capture of a special moment in time.
“Davidson’s songs are sweet and simple and will no doubt find their home on many playlists this winter” – !earshot
“(Davidson) has steadily matured over three earlier albums, and delivers a three-track gem in Second Chances. The sessions produced material for a full-length release and we can hardly wait.” New Canadian Music
“Grant Davidson and Rusty Matyas show they’re a match made in heaven with three powerful roots rock songs.” – Adobe and Teardrops
Davidson cut his teeth in coffeehouses before releasing two full-length albums under his own name. The first, a hard-luck roots record Tired Limbs for Ashes(2009) drew heavily from the sounds of 70s Nashville. His next release, 2011’sDust and Violets, saw Davidson expanding on the “roots” format, writing songs of a more personal lyrical nature. The album showcases a beautifully understated production that focuses the listener on the honesty and emotional power of Davidson’s words.
2014′s Beauty Is So Common is full of warmth, rich in melody, and backed by an abundant production that never overwhelms the skillfully crafted folk songs. As Slow Leaves, Davidson continues to spare nothing in creating vivid images and heartfelt connections: the culmination of where he’s been and where he’s going.
“Slow Leaves proves that when great vocals and melodies combine with perhaps even greater songwriting, sonic magic is inevitable”  – Caught in the Carousel
“This EP is a great surprise, a beautiful gem” Michael Doherty’s Music Log
“‘Second Chances’ is a gentle yet completely engaging listen.” – Pennyblackmusic
“Grant Davidson spreads his wings with new EP” – CBC Manitoba Scene