Madisen Ward and the Mama Bear 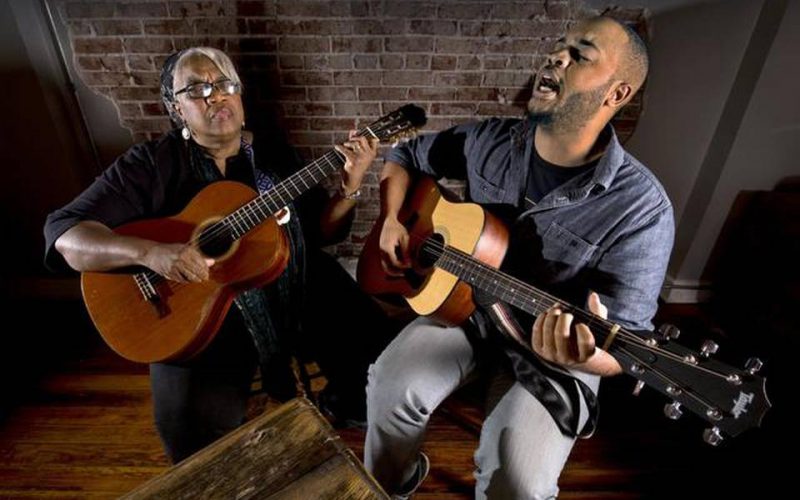 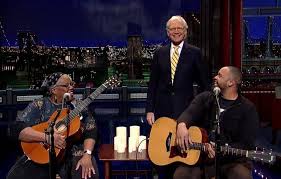 Madisen Ward and the Mama Bear made their network television debut on the “Late Show with David Letterman.” The acclaimed mother and son duo performed “Silent Movies” from their upcoming debut album Skeleton Crew, which will be released on May 19, 2015 on Glassnote Records/Universal Music Canada.
After recently making waves at Lucian Grainge’s UMG Grammy showcase and last fall’s Americana Music Festival, the Kansas City-based duo will celebrate the release with a series of special tour dates this spring and summer, including performances at SXSW, Bonnaroo and the Newport Folk Festival.

RECENT CRITICAL PRAISE
“….created a sensation…sounded more Beatlesque than conventionally bluesy.”—NPR Music
“There is NOTHING more beautiful raw and perfect as Madisen Ward and the Mama Bear in this entire country right now.”—Paste
“…they sing some of the most honest and heartfelt folk music I’ve heard in some time. Everybody form a line.”
—WXPN’s 10 Artists To Watch in 2015
“…the duo’s raw, inscrutable chemistry was in full effect as they handily made a case as an inevitable force to be reckoned with in the days to come.”—Rolling Stone Country
“… absolutely blown away by this unique mother-and-son duo…”—CMT Edge
“…there is unique, intangible magic about them…”—Aquarium Drunkard
“…melodic and instantly engaging but filled with twists and surprises.”—The Kansas City Star
“The stage setup is simple—two voices and two acoustic guitars—but Madisen Ward has a voice as deep and sturdy as a storied oak tree. When he sings, it’s a bighearted burst that hits you square in the chest.”—The Pitch