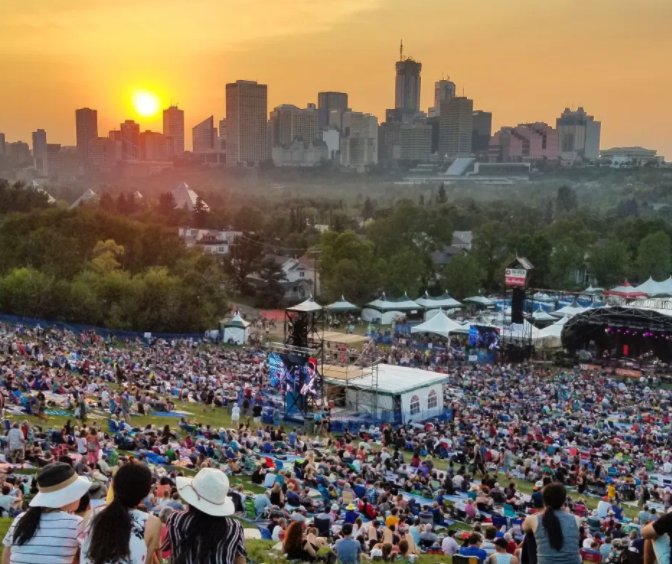 The Stew takes a run at Festival Radio.

This week we celebrate the great Edmonton Folk Music Festival.

My co-host is Elliott Garnier who was the on site producer for the entire festival.

The fans can’t gather on The Hill but we can help recreate the feeling.

We had many interviews and live performances to choose from…but here’s the final list.

Terry Wickham – Producer of the Festival. He gives us a preview of the new Festival documentary The Hill featuring highlight performances from past years.    www.edmontonfolkfest.org

Rhiannon Giddens – appearing as a solo performer for the first time. Outspoken activist. Gifted artist. The complete memorable conversation can be heard on the MulliganStew Podcast (2017)

Michael Franti – who better to close the show.  He returns to Edmonton where he spent some of  his teen years. Biggest audience we’ve seen at the CKUA tent. Brings the Joy of The Hill (2018)