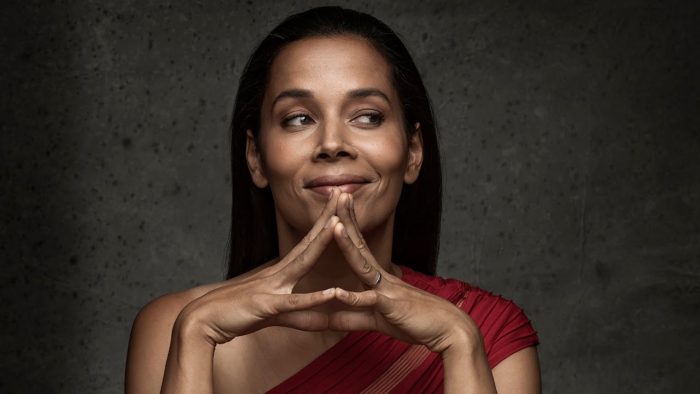 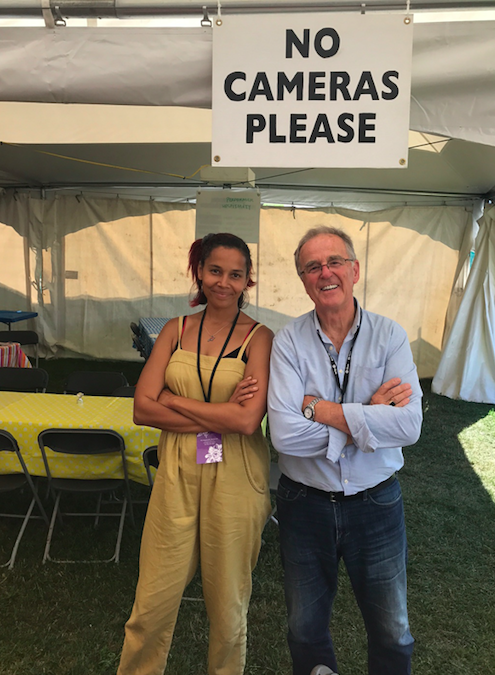 My first question was ..when I interviewed you three years ago with the Carolina Chocolate Drops..did you know your life was about to change?

It was all about The Drops..until Producer extraordinaire T-bone Burnett asked her to “use her voice”

And her thinking was ..”the stars aligned. When somebody comes and taps you on the shoulder..you need to Listen”

“T-bone told me “you’ve been hiding in that band and he was right.”

Now I’m here having sung Summertime in the original key and singing Waterboy with the SF Symphony and then the song  At the Purchasers Option. That’s what happens when you follow The Muse and when you get a chance to do these things..I’m going to follow where I’m led”

In talking about the road she’s travelled..Rhiannon Giddens told me/us

“I feel such a responsibility because my life is what my parents and grandparents fought for They fought so that I could think and write these songs.:

She mentions Pops and Mavis Staples and singing   Birmingham Sunday with  Joan Baez who’s been singing that song for 50 years and then completes the thought with..

“It completes a through line. Nobody creates in a vacuum. It’s all building blocks on somebody else’s work.”

“I want to talk and sing not about Donald Trump. I want to sing about how we got here. How we’re still here.  How can we expect a country that was  founded on

Genocide, slavery, on rampant capitalism bring us to roses and incense today?  I maintain that music is a cultural reflection of what’s going on. Let’s celebrate the beauty  while  keeping an eye out”

There’s a LOT more in this 30 minutes..a lot more.

Including songs from Tomorrow is my turn and Freedom Highway.

I’ve heard this interview many times since we did it backstage at the Edmonton Folk Fest and I’m still hearing and learning new things from it.

Know thy history. Let it horrify you; let it inspire you. Let it show you how the future can look, for nothing in this world has not come around before. These songs are based on slave narratives from the 1800s, African American experiences of the last century, and the Civil Rights movement of the 1960s and headlines from streets of Ferguson and Baltimore today. Voices demanding to be heard, to impart the hard-earned wisdom of a tangled, difficult, complicated history; we just try to open the door and let them through.” —Rhiannon Giddens

Freedom Highway, Grammy Award–winner and 2017 Grammy nominee Rhiannon Giddens’ follow-up to her highly praised debut album Tomorrow Is My Turn, was released by Nonesuch Records on February 24, 2017. The record includes nine original songs Giddens wrote or co-wrote while she and her band toured after Tomorrow Is My Turn‘s 2015 release, along with a traditional song and two civil rights-era songs, “Birmingham Sunday” and Staple Singers’ well-known “Freedom Highway,” from which the album takes its name.

Giddens wrote of the title track:

“I am a daughter of the South; of the white working class, of the black working class; of the Democrat, and the Republican; of the gay, and the straight; and I can tell you one thing—we are far more alike than we are different. We cannot let hate divide us; we cannot let ignorance diminish us; we cannot let those whose greed fills their every waking hour take our country from us. They can’t take U.S. from US—unless we let them. I recorded this with Bhi Bhiman, all-American singer-songwriter from St. Louis, whose parents are from Sri Lanka. America’s strength are her people, whether they came 4,000, 400, or 40 years ago, and we can’t leave anyone behind. Let’s walk down Freedom Highway together. Written by Pops Staples in 1965.”

Rhiannon Giddens, who had previously won accolades and a Grammy Award as a member of the Carolina Chocolate Drops, made her solo debut with Tomorrow Is My Turn, which was one of 2015’s most highly praised albums; the New York Times said, “her voice is a perpetually soulful marvel,” The album was Grammy nominated, and Giddens received the BBC Radio 2 Folk Award for Singer of the Year. Earlier this year she won the Steve Martin Prize for Excellence in Bluegrass and Banjo.

She performed for President Obama and the First Lady on a White House Tribute to Gospel, along with Aretha Franklin, Emmylou Harris and Colin Linden