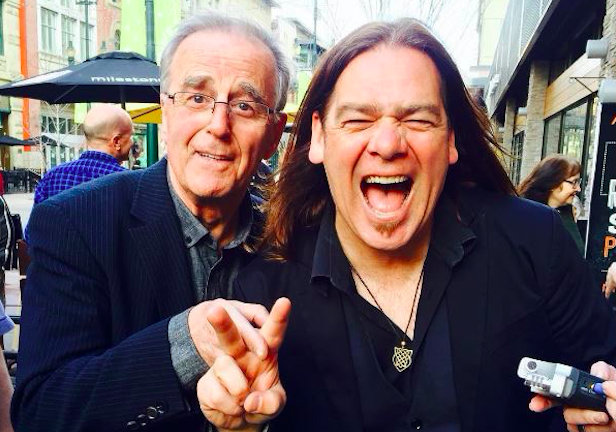 The Stew is very proud to present  Mr. Alan Doyle.
Singer. Songwriter. Actor. Author. And now a recipient of The Order of
Canada.

Add to that Mr. Doyle is releasing his third solo album having spent a week
at the Warehouse Studios in Vancouver’s Gastown with one of the planets best
producers Bob Rock. Strangely they decided to call the album A Week at the
Warehouse.
Alan was supported by his band The Beautiful Gypsies.
The tunes are off-the-floor fantastic.  Played live and straight up honest.
It’s a coming out party.
He’s just announced a 50 city  “Come out with me tour”  with The Fortunate
Ones in Canada and Donovan Woods in the US. It starts in Seattle Jan 15th.
(Canadian dates below)
Also, the Pride of Petty Harbour Nfld is releasing his next book for Pete
sake. A Newfoundlander in Canada: Always Going Somewhere picks up where his
2014 memoir Where I Belong left off.  It’s about his first tour of Canada,
a place he’d only ever heard neighbors and family talk about.
<http://alandoyle.ca/> alandoyle.ca.
.Follow Alan Doyle:
<http://alandoyle.ca/> Website /  <https://twitter.com/alanthomasdoyle>
Twitter /  <https://www.instagram.com/alanthomasdoyle/> Instagram /
<https://www.facebook.com/alandoylemusic/> Facebook
This Saturday we will spend 30 minutes inside the Warehouse on the last day
of recording talking to Alan Doyle and  Bob Rock.
We’ll  play you never before heard new tracks including Somewhere in a Song
which is based upon a chapter in Where I belong about what would happen in
the Doyle house when they ran out of fuel in sub-zero temperatures.  Instead
of seeking shelter elsewhere, they would throw blankets on the windows..turn
on the electric oven, take off the oven door and play music. With family and
friends. As Bob Rock says “I needed Alan to bring in a song that was only
for him and a piano. It’s the sign of a great singer if they can hold the
song and audience with just their voice.”  He sings the song like it’s the
last one he’ll ever sing.