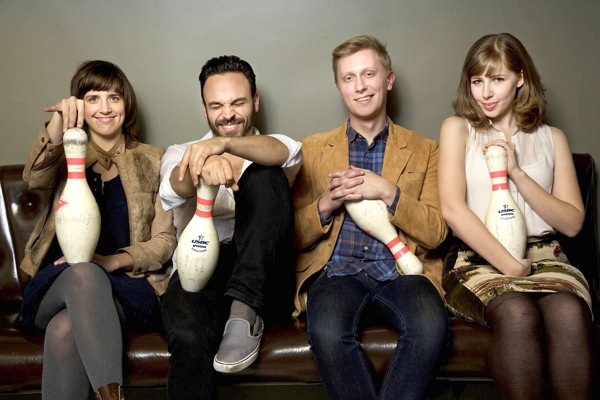 Lake Street Dive have an incredible new lp called Side Pony..named after a 60’s hair fashion statement.
It’s currently #1 on the Rock/Alternative/Folk Billboard charts..
And soon to be #1 and the mighty CKUA.
I talk to Drummer Michael Calabrese (Calla Breeze)
They jet at New England Conservatory of Music in 2004..in the jazz program.
12 years later what they play now is a mix of
Bowie/Stax/BeachBoys/Beatles/Motown/Phillysoul/Dusty Springfield/Smokey!!!
Say hi to the on Twitter for me: @lakestreetdive
Check out this YouTube appearance on Colbert

and this homemade video on a street corner back home..that really kicked things off.
It’s the Jackson 5’s I want you Back but much much sexier.

and a quick chat with The Bills from BC.
Guys so good..two of them play with Waylon Jennings..
And the best lp they’ve ever released  Trail of Tails..

Say hi to them for me on Twitter: @thebills_music