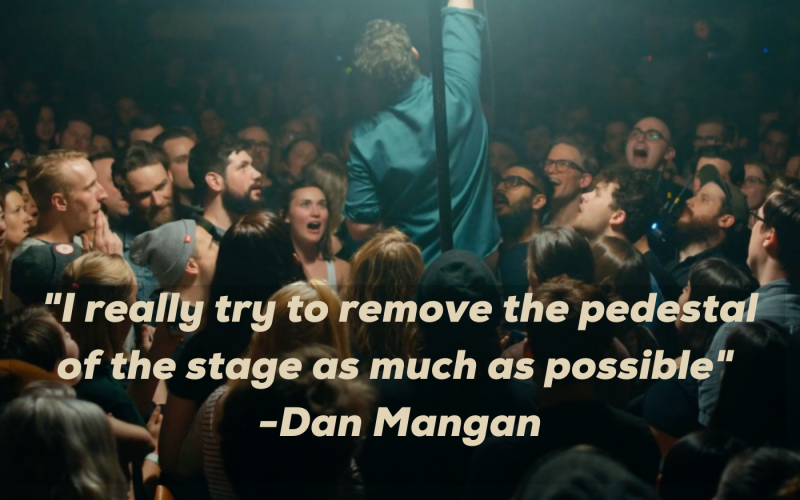 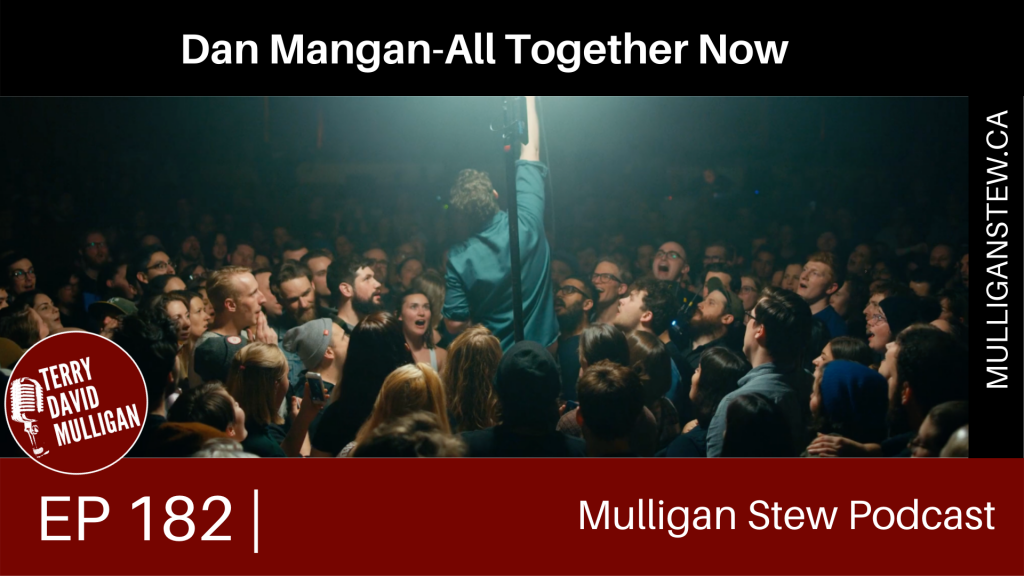 I did my first interview with Dan Mangan years ago on a hot and dusty day at the Calgary Folk Festival. Had never met him or heard him perform.

He was one of half a dozen interviews I was scheduled to do.  I started with the lame opening of…

I was hooked. My kind of guy.

Many years later,  The Dusty Dan of the folk festival has become a winner of 2 Juno Awards.  Each tour has gathered more and more fans around the World.

Now comes the latest project! A beautifully crafted concert documentary by Amazing Factory called, All Together Now, recorded at his homecoming concert in 2019 at the Vogue Theatre in Vancouver.

It’s unlike any other concert film you might have seen. There’s a sense of truth, honesty, and clarity in every song. Pure MAN-GAN.

And best of all   I still see “the guy” behind the songs. Dusty Dan. 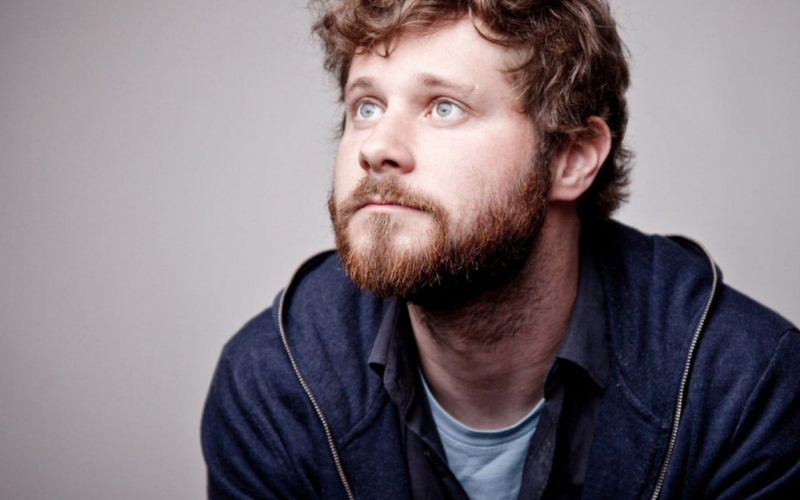 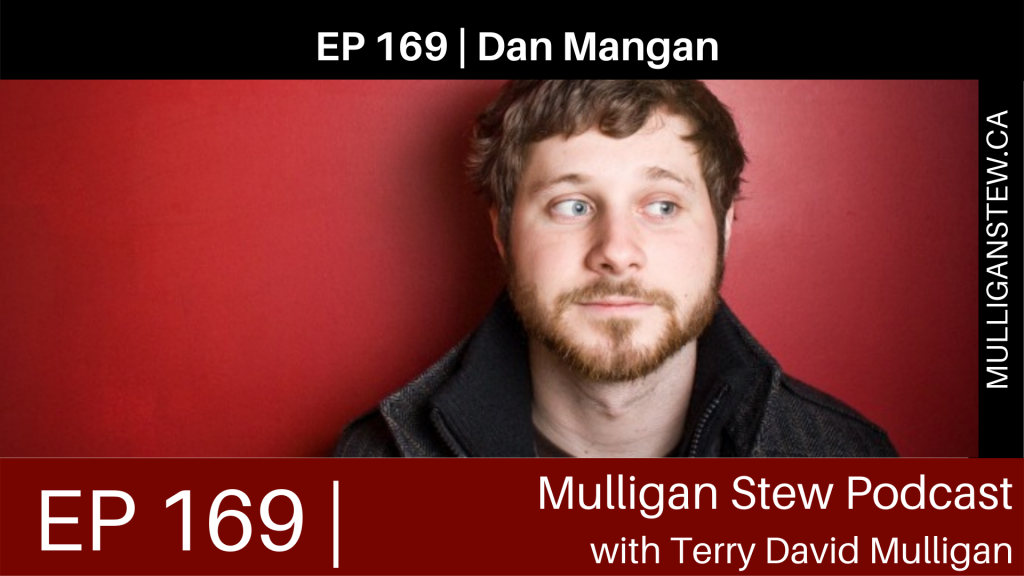 The final interview from the 2021 Calgary folk music festival. 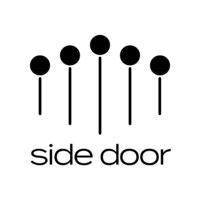 After many years of small venue performances, Dan co-founded Side Door Access with Laura Simpson.

“We believe artists deserve more control and fewer gatekeepers, and that an empowered arts community will produce the most  interesting, diverse and daring ecosystem of expression”

What started out as a local support system for artists (and audience) was completely re-arranged to bring music to all of us during the pandemic. Everyone involved at Side Door was swept along by a flood of requests and opportunities. Including Dan Mangan.

Now he’s seeing light at the end of the Covid tunnel and can start to pick up the remnants of his music and performing career.

When we talked a couple of weeks ago, Dan was getting ready to engage in his first public performance in many months at the Calgary Folk Music Festival.

Dan and I cover some of the above and more.  You can look forward to a steady flow of songs and albums to come from Dan in the next year and a half.

This is the complete interview. 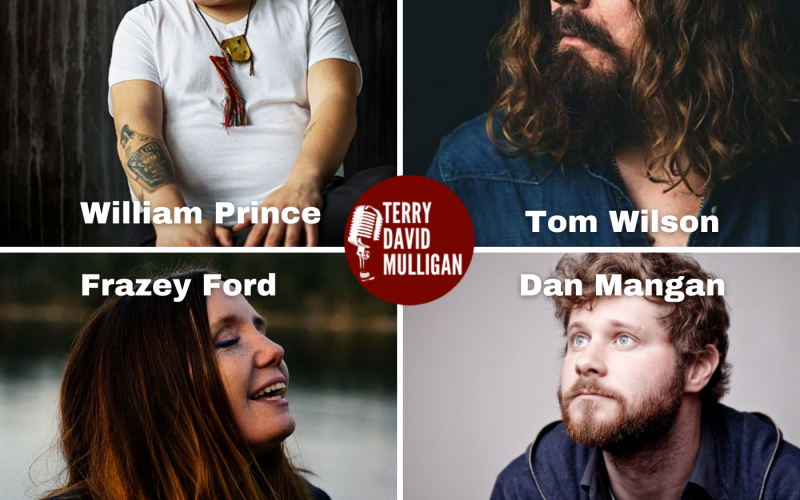 Then the Covid Pandemic struck worldwide.

So, 18 months later it’s a big deal when the Calgary Folk Music Festival announces 7 days and nights of live music.

We are blessed to have four of the headliners on Saturday’s Mulligan Stew.

Lots of stories to tell. Battles to win.

PLUS a great music playlist below…check us OUT!! 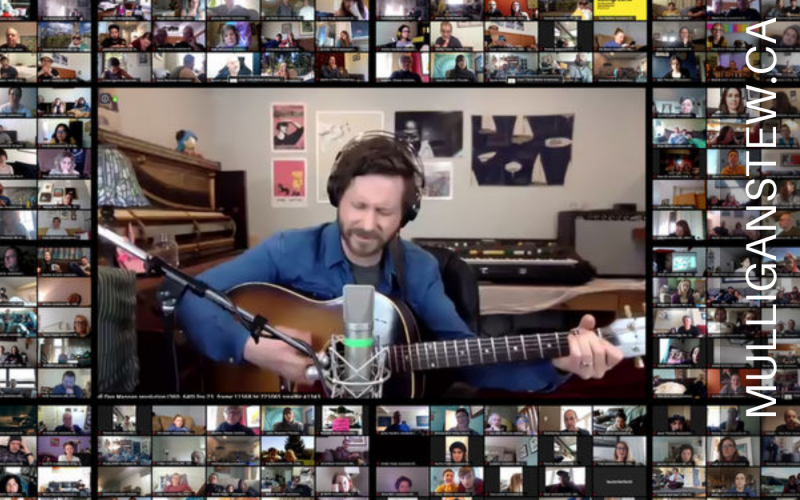 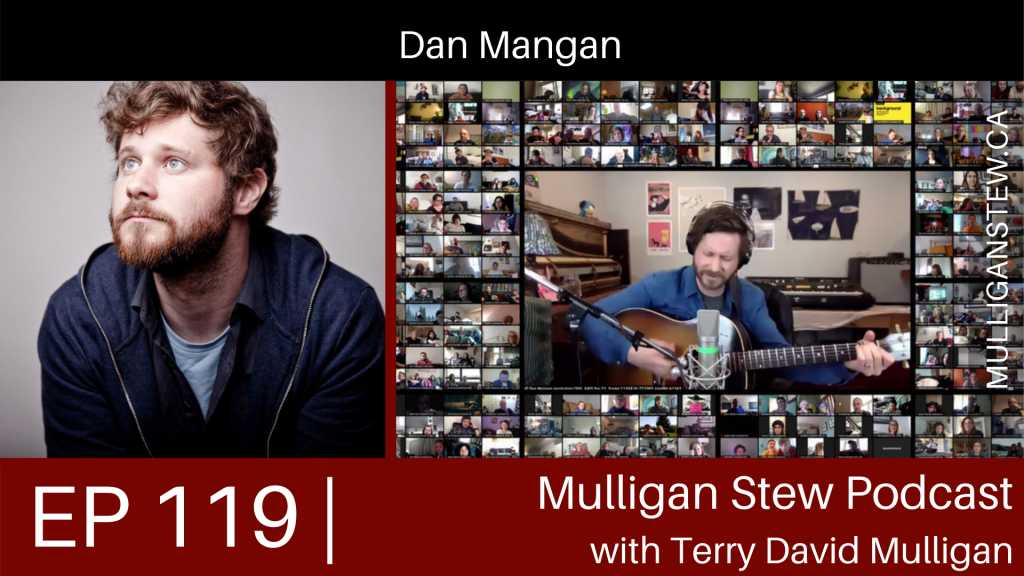 “We are a team of artists & technologists passionately building an efficient, friendly and transparent marketplace where anybody can perform, host, or curate shows for their communities”

“Although our company was originally for in-person shows only, we quickly expanded to the online sphere, once gatherings became unsafe. Our job is to help artists, curators, festivals, and venues keep creating shows and help audiences find them.

When faced with a crisis, it is always art that helps us through. Whether it offers comfort, community, understanding, solace, distraction, or perspective, art has always been something humanity employs to make it through pain and suffering. We are committed to supporting the creators in safe and innovative ways to connect to their audience.”

SideDoor started several years ago as a way for emerging artists to play stages in towns, cities, regions, and provinces.

Forward to 2019 and a World epidemic that changed everyone’s life.

Here’s the story of how Dan, Laura, and Sidedoor became a sensation and changed their lives.  Again. 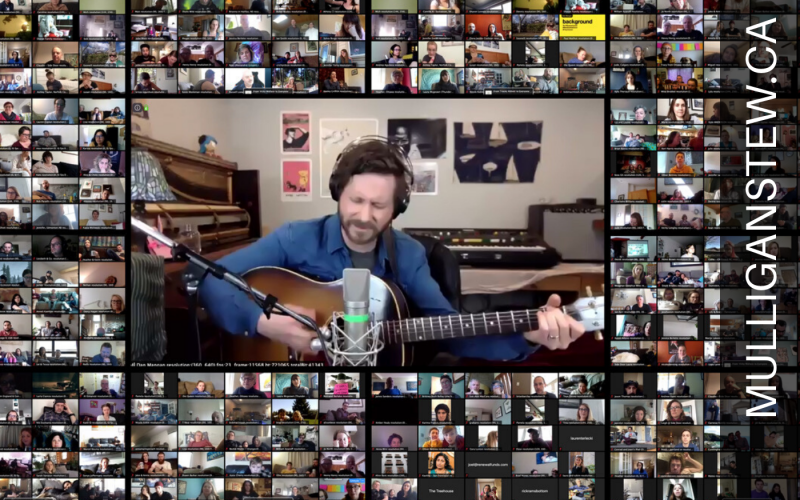 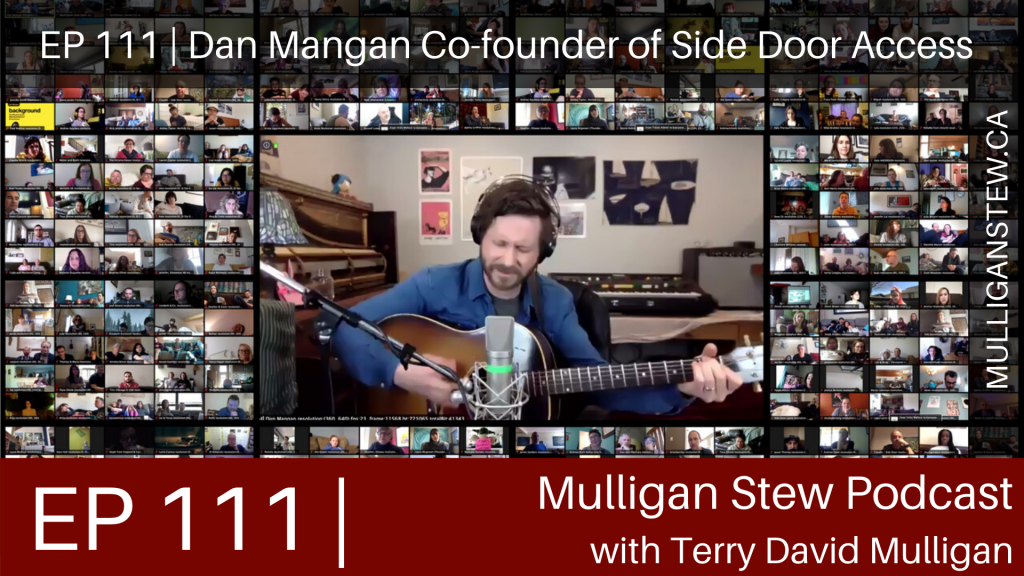 Has the Side Door become the Front Door?

Singer/Songwriter Dan Mangan shared a “movement – an idea” with me on Mulligan Stew Radio.   Jan 6, the first show of  2018.

“We are building a platform where artists can earn a living by trimming the overhead of touring. We help you find magical small spaces with dedicated hosts and attentive audiences. 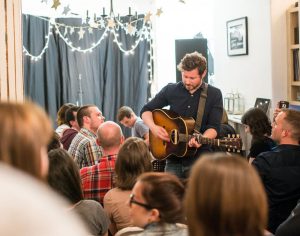 Two years later and thanks, in part to a worldwide pandemic,  it has become a sensation.

And best of all make a living

Here’s the latest from Dan Mangan…on the Side Door Story, his career, family, COVID 19, and the moment when he realized that his life was about to change. 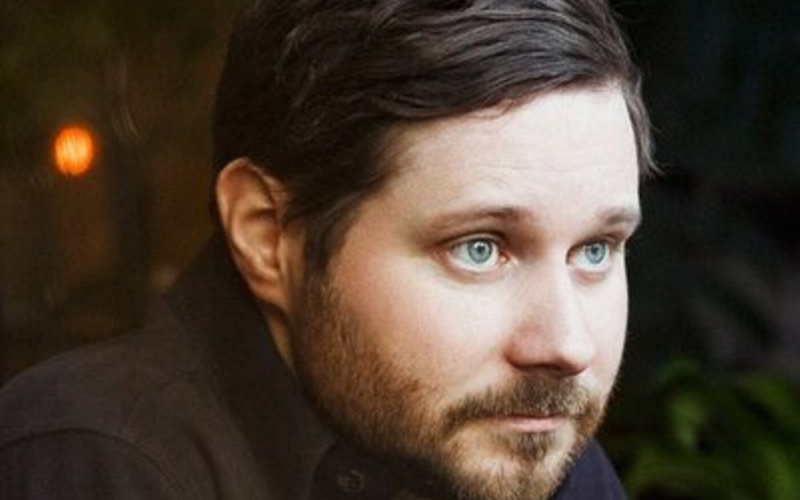 Dan Mangan catches up with Terry to talk about ‘resurrecting’ his music career while starting a new family and a new business. Dan reflects on a banner year of his career, which included his recent appearance on Jimmy Kimmel Live! That appearance happened during a nine-day stretch of hiccups. Dan also talks about building his new artist venue platform Side Door and playing one of the biggest stages of his career at Edmonton Folk Music Festival. 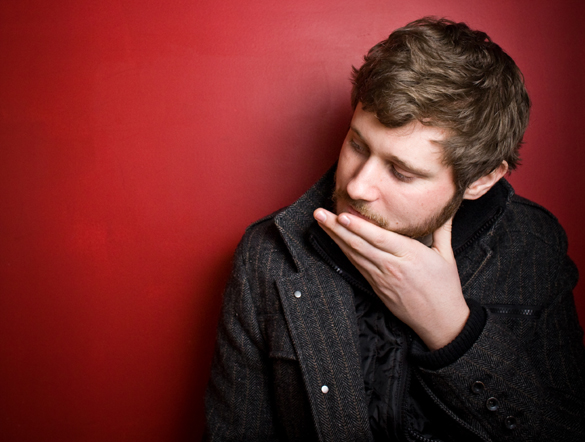 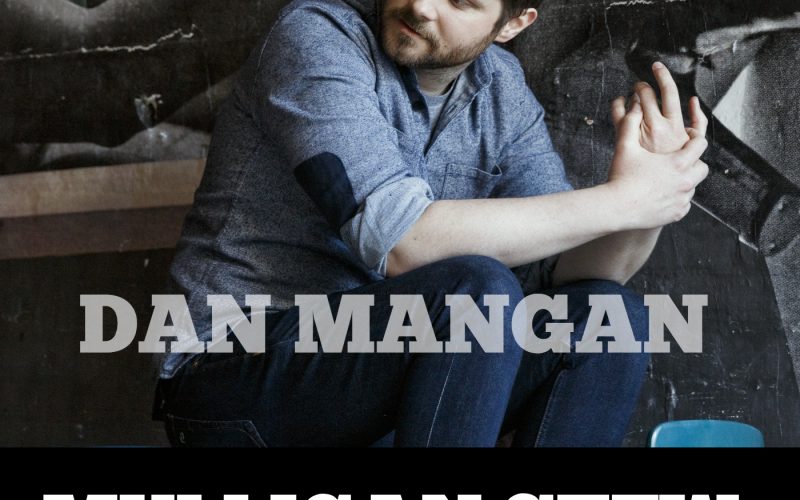 Fresh off his recent JUNO nomination, singer-songwriter Dan Mangan joins Terry for a chat about his new career direction. The pair discusses audience reaction to his new album ‘More or Less’, his recent turn scoring films, and how time has changed his relationship with his early hit songs. The podcast features two tracks from Dan’s new record ‘More or Less’. 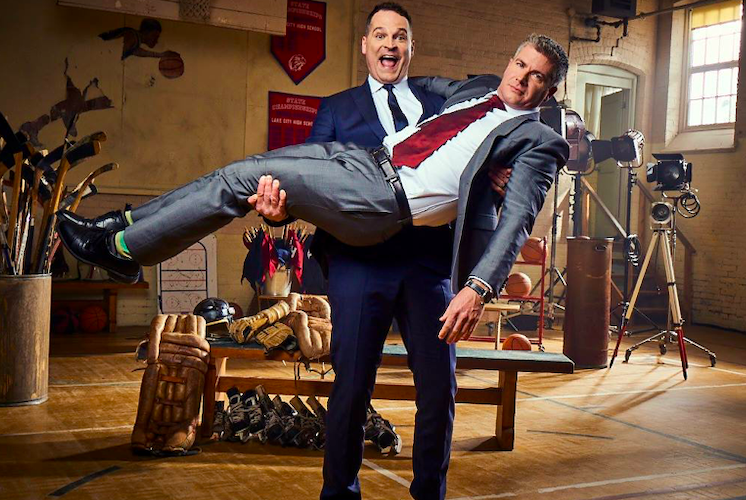 The boys are talking football, the odds, the over and under, the half time show, what food they’re prepping and what drinks they recommend.

And because The Stew is a music-driven show I asked them about tunes they’ve been listening to in the car and what they would play during the game.

Jay was kind enough to tell me that I turned him on to the original Fleetwood Mac.

The one before Rumours blew them up.

So,  included in the 2 hours of music are Hypnotized and Lemon Squeezer Live. And Jeff Tweedy’s Warm album.

Toolsie had other thoughts.  He had been listening to Eddie Rabbit in the car. His Canadian choice was Colter Wall.

So back to back you get Driving my life away and Devil in a suit and tie.

The second half of the show has a feature on a great friend…Dan Mangan.

Released a new album called More or Less on Arts and Crafts.

He’s just been nominated for a Juno for best Adult Alternative Album.

Currently on a tour across Canada that will take him to Europe.

Dates in Alberta this week:

And on to Vancouver, Kelowna and Victoria.

And his cover of REM’s Losing my Religion from the Unspeakable Soundtrack.

Check out the rest of the playlist..

We throw in Radiohead, Amy Winehouse, Los Lobos, Crusaders with BB King and a wicked live version of Pick up the Pieces by Average White Band and all stars live at Montreux.

Have a great weekend and an even better game 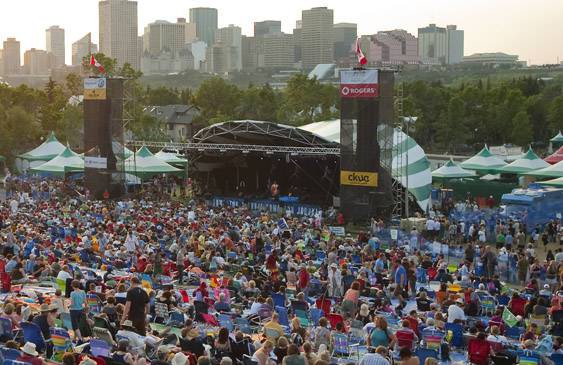