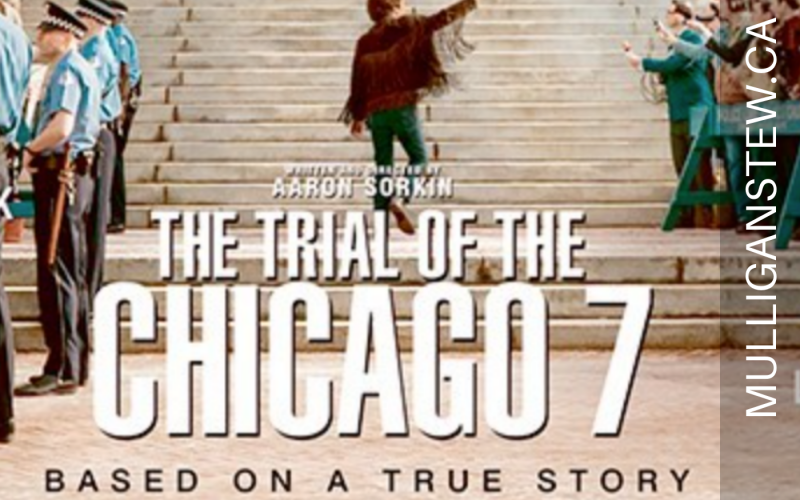 For people of a certain age…The Chicago 7 represents a disturbing time in
American History.

For those who were too young to have experienced the events all across
America, simply look around you today.

Large groups of protesters in the streets and parks.

Violence between police/militia and citizens. Politics at its center with
changes in cultures a close second.

Racism was a spark…Martin Luther King Jr had been assassinated months
earlier.

1000’s had died in the war in Vietnam and Richard Nixon was in the White
House.

The Democratic National Convention was in Chicago,  along with the National
Guard, 12,00 Chicago Police Officers, and 10,000 demonstrators.

The demonstrators were lead by the Yippies (Youth International Party) and
their leaders were Abbie Hoffman and Jerry Rubin along with Tom Hayden and
Rennie Davis.  There was an 8th defendant Bobby Seale a founder of the Black
Panther Party.

The lawyers who represented the accused were perfect for this legal battle.
William Kunstler and Leonard Weinglass.  The action in the courtroom was so
wild, The 7 and their lawyers were charged with over 150 contempt’s  of
court

It’s fair to say that the timing of this film and its subjects are perfect
for today’s audience which has been watching the Trump administration make
many of the same moves as Nixon.

Our guest is Aaron Sorkin, the writer, and director of The Trial of the
Chicago 7. (just premiered on Netflix this week)

You know him from The West Wing and Network. He wrote the screenplay for A
Few Good Men, Moneyball and won an Academy Award for Best Adapted Screenplay
for The Social Network

This film ranks as one of his very best.

Enjoy Aaron’s great background on the story and the shoot.  Makes the film
experience even better.