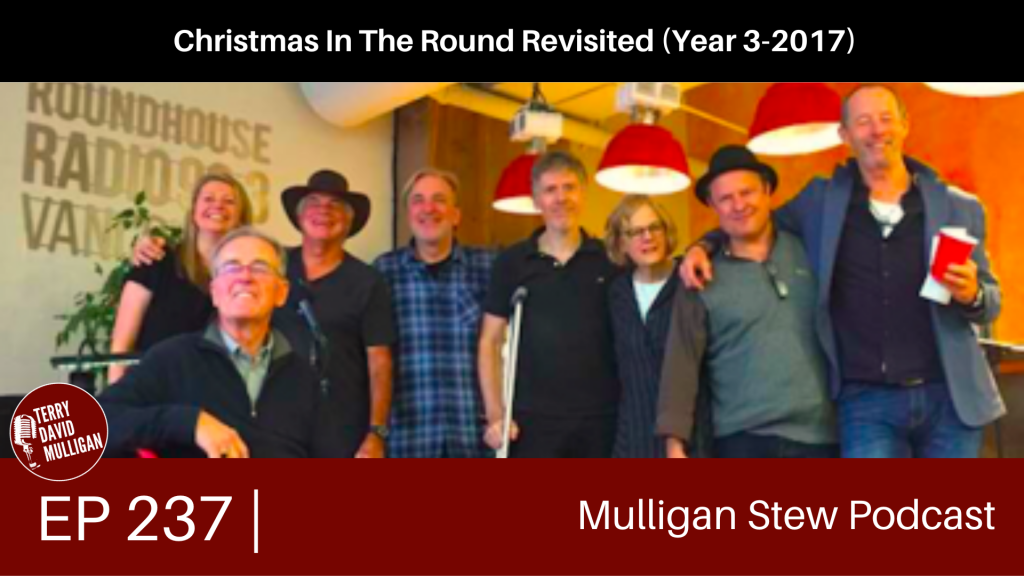 Merry Christmas and Happy Holidays All

From  1974 to 1979 I was lucky enough to host Great Canadian Goldrush on CBC Radio  National.

Every Christmas we had a Christmas Jam – in the studio. Produced by Susan Englebert. (with assistance from Claire Lawrence)

Except for the mixed drinks, it was nothing fancy but it was an hour of heart-felt stories and songs.

When Goldrush left the air Christmas Jam disappeared UNTIL Roundhouse Radio in Vancouver came on air and again I had a studio to capture this magic.

I talked to Shari, Roy, and Barney Bentall and they all signed on for a reconnect.

We got 3 years of Christmas in the Round recorded and then Roundhouse went dark.

Keeping the tradition alive, this year we present Year 3 of Christmas in the Round  (2017)

He brings with him two songs and the slide guitar of Shaun Verreault from Wide Mouth Mason.

And yes..he does tell the story and rolls out his Christmas Classic Mince Meat Tart