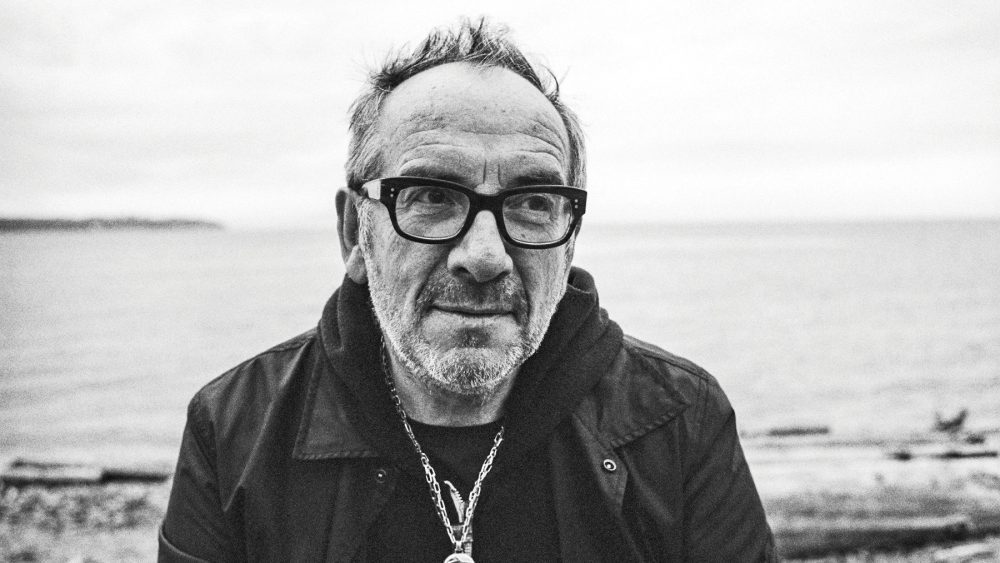 His name is Elvis Costello. 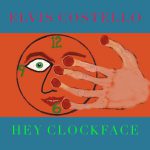 It’s in part,  an Elvis you might not have heard before. Spoken word over Jazz riffs, a title track that’s a throwback to the 1920’s and 30’s and the music of Ukulele Ike.

A winner of Grammys 1999 and 2020. Inducted into the Rock and Roll Hall of Fame.  Elvis is  a living breathing historian of music and the artists who create it.

He’s our guest on The Stew this week.

We’ll cover off tales of how the album came together,  growing up in England, how the British invasion of the 60’s affected his music choices, the life of a musician, the re-release of Armed Forces, the possibility of getting back together with Nick Lowe and a great story of Chuck Berry and Leonard Cohen.

The complete 40-minute interview can be heard on the Mulligan Stew Podcast.  On it, he takes us through several tracks from the album,  the joy of being a Father in 2020 and spending time with his family, and his multi-year work on a Broadway play.

Oh by-the-way, Hour One features a Game Of  Stew Bingo as created by our donor Jocelyn Leszcynski to celebrate her Dad Bob’s 65 Birthday.

If you look below you can see how the game is played.  Why not open a pop and play along. 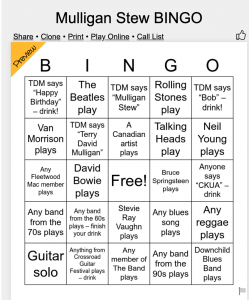