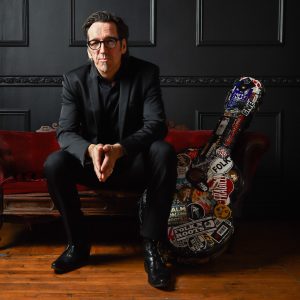 Good Bye November..and thanks for the Thanksgiving double dip

And the Grey Cup Game.  And  Holger’s 78th anniversary! Kicking off the last Stew in November..our guest is Stephen Fearing who proudly brings with him the tracks from his new solo album The Unconquerable Past. Stephen hunkered down in Winnipeg, surrounding himself with musicians who brought all of his songs to life.

Stephen pulled off the side of the road to do this interview.  He’s that kind of guy.

The rest of The Stew includes a “Sisters Set” featuring

Live tracks from  Bonnie Raitt and John Prine, Matt Anderson and  Tower of Power Knock yourself out!