Beyond this, however, the festival features top-level whiskeys and master classes, and serves as a focal point for the latest revival of Canadian whiskies from large and smaller independent operations alike now gaining momentum.”

This special is another journey of discovery for me.

Growing up I had no idea that whisky even existed and now I’m trying to discover what makes whisky such a favorite to millions of people worldwide.

It helps that there are no dog whiskeys in Victoria. Quite simply they showcase some of the very best whiskeys ever made.

Canada is right in the middle of the whisky boom. They have retaken their place in the whisky world after years of so-so releases.

A number of our guests are directly responsible for bringing back Canadian Whisky to World-class levels.

My thanks to Heather Leary for her support with this project. 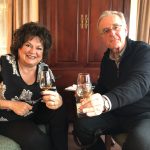 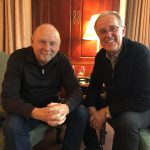 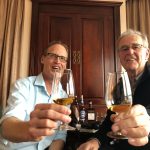 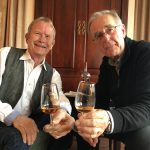 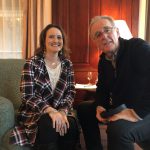 Our pal Corey Wood recorded all of the interviews and bottle shots As seen below:

Iain Hooey is a founder and organizer of the Victoria Whisky Festival.

Davin is Chairman of the Judges for the Canadian Whisky Awards and author of Canadian Whisky: The New Portable Expert. A certified Malt Maniac he has been writing and talking about whisky for over two decades.

J.P. Wiser’s Master Blender Don Livermore has an MS and Ph.D in Brewing and Distilling from Edinburgh’s Heriot Watt University. Don’s whiskies received numerous medals at the  Canadian Whisky Awards and J.P. Wiser’s was awarded Distillery of the Year

Just a few years ago Henley was employed as distiller at the George Dickel Distillery in Tullahoma, Tennessee, a facility still capable of making more than two million proof gallons of whiskey each year.

But in 2015, Allisa accepted a position at a new distillery in northeastern Tennessee, built to make Popcorn Sutton’s whiskey.

There, Henley and partner John Lunn made distillate according to a recipe developed by legendary moonshiner Popcorn Sutton, essentially a bourbon mash bill (corn, rye, malt) augmented with sugar.

No name yet for this new label but expectations are high.