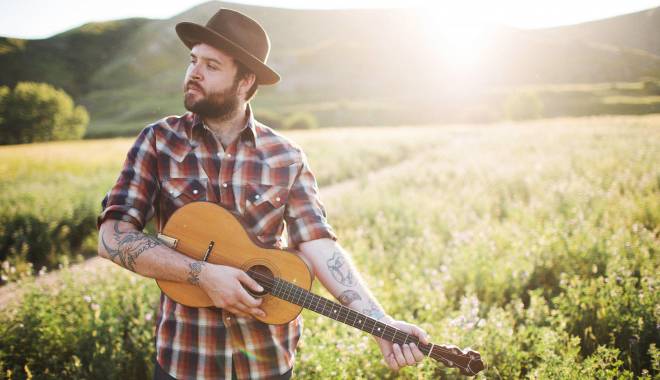 I knew Leeroy Stagger was working on and then releasing a new album. I was “waiting in the weeds” for the first sign of it. (That’s what we “weedies” do)

I’m happy to report that the wait was worth it.

Love Versus is a marvelous collection of songs & stories with structure, insight and melodies that linger in your head and heart.

I caught up with Leeroy by phone at the home ranch.

In a business filled with gotta be’s and would be’s Leeroy is a true original.  Bless his heart

This is a breakthrough LP for Leeroy who grew up in Victoria and was a fixture on the Coast.
His 11th Lp
Killer band..has Elvis Costello’s drummer sitting in.
First music made in Leeroy’s new studio in Lethbridge

It’s been said before that love is a battlefield, and on his latest album Love Versus (out April 7, 2017 through True North Records), Leeroy Stagger comes well armed. The eleventh studio release by the Western Canadian native is also a milestone, marking the first recording made at Stagger’s home studio in southern Alberta. But more significantly, his ever-evolving fusion of roots, rock and pop reaches new heights on Love Versus, resulting in 10 tracks that confirm his status as one of Canada’s best contemporary singer/songwriters.

“Leeroy is one of the most insightful songwriters I have ever come across. He has a gift for distilling complex images, commentary and concepts into brilliantly succinct lyrical one liners,” says Geoff Kulawick, President, True North Records.
It’s not that Stagger needed much more validation; after working with acclaimed producers Russell Broom (Sam Roberts) and Steve Berlin (Los Lobos) on his previous two albums, Stagger teamed up with Colin Stewart (Dan Mangan, Black Mountain, Yukon Blonde) to produce Love Versus, and put together a dream band for the project.  Longtime friend and collaborator Steve Bays (Hot Hot Heat, The Mounties) remixed and ‘reimagined’, as Stagger would say, the title song and single in Vancouver.
The cornerstone was Pete Thomas, longtime drummer for Elvis Costello, who came up from L.A. for the sessions, joining guitarist Paul Rigby (Neko Case), keyboardist Geoff Hilhorst (The Deep Dark Woods), and Stagger’s longtime bassist Tyson Maiko. Over the course of three weeks, they christened Stagger’s new studio, and in the process changed his perspective on his art.
What is most striking about Love Versus overall is the wisdom at the foundation of each track, and indeed, for anyone who has followed Stagger’s career to this point, it should be apparent that this is the album he’s been destined to make. Since first making his mark on the Canadian independent music scene at the turn of this century, Leeroy Stagger has toured the world, both on his own and with the likes of Steve Earle, Pixies, Modest Mouse and Evan Dando. After almost two decades of consistent output, Stagger certainly does have the respect of both his peers and Canada’s music industry tastemakers. However, the addition ofLove Versus to his (ahem) staggering body of work opens a new chapter, promising to reach many more ears.