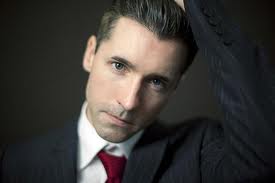 While he’s not exactly “on tour”  Royal and his band find themselves on stage this Sunday in Banff as the featured artist at the Banff Centre for the Arts – Shaw Amphitheatre
It’s the 36th Annual Mid-Summer Ball.
Royal  and band will be supported by strings for a very special day.

Royal will include songs from  The Burning Bright release and I  Wish You Well LP.

In our interview Royal talks about writing the Burning Bight songs in County Meath Ireland and jamming with the locals at the small pub in town.
Touring with David Suzuki , his  single this summer with Peter Katz called “Brother” and touches on some of the songs he wrote for his next album at the very place he’s playing The Banff Centre for the Arts!

The 2014 Banff Centre Midsummer Ball Weekend attracted more than 330 guests and raised $1.285 million, breaking last year’s record to become the most successful in the event’s 35-year history!
Funds raised through the Ball Weekend provide essential support for talented artists – in the areas of theatre, dance, music, literary arts, visual arts, film and media, and Indigenous arts – from across Canada and around the world to attend The Banff Centre’s outstanding professional development programs.