The Wine Diva has her last and possibly best list for 2013.
The Top 50 wines of 2013. They’re all $20 plus wines and 90 point ratings or better.
PLUS The Best of Her Bubble List.   The Diva is here to finish off your year in style.
Two great chefs have at it. David Hawksworth (Hawksworth) sits down with LA’s Suzanne Goin (AOC)and seriously talk food!!
Mark Simpson has created BC Wine Studios in Okanagan Falls. We’ll tell you what it means for all you wine fans out there.
One of the World’s best vegetarian chefs and authors, Irelands Denis Cotter, visits Hastings House on  Salt Spring Island.

Here’s the last one of 2013.
It’s  her wines of the Year. 90 plus points, so you know they’re top end wines.
They range from $20.00 and up.
Also, because New Years is right around the corner Daenna has included some of her best Bubbles. She is a huge fan of the Bubble.

Here’s her top 50 master list – For all the details check out www.winediva.ca

[divider]
Chef David Hawksworth was honoured to welcome Suzanne Goin to his Vancouver restaurant Hawksworth  before Christmas. Suzanne cooked  a meal using recipes from The A.O.C Cookbook, which is Chef Goin’s new book inspired by her L.A. small-plates restaurant of the same name. 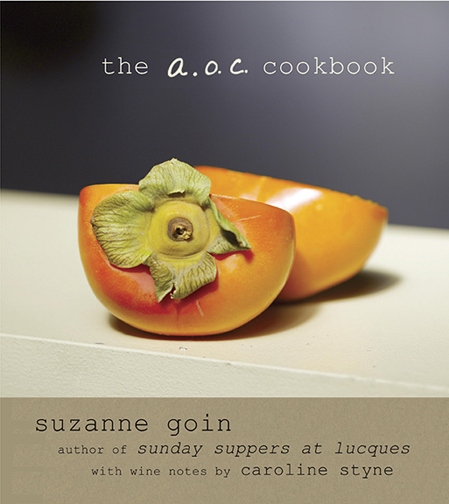 [divider]
and finally – One of the very best vegetarian chefs in the World Denis Cotter at Hastings House Salt Spring Island. 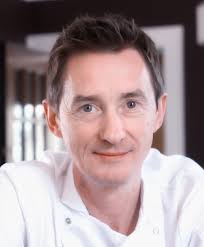 Born in Macroom, Co. Cork, Denis worked in banking for eight years before leaving to follow an ambition to work with food. Already a vegetarian, he trained as a cook in the famous Cranks restaurants in London.
Back in Ireland, after a spell in a wholefood restaurant, Denis’ frustration with the limitations of the vegetarian industry sparked the opening of Cafe Paradiso in 1993, to create an environment where he could evolve a personal style of cooking focussed on the pleasure of food rather than the perceived negativity of vegetarianism.
Among the many awards bestowed on Cafe Paradiso, Denis Cotter was voted ‘Chef of the Year ’ by Food & Wine (Ireland) magazine in 2005.
Denis Cotter is also the author of four books. Atrium, an imprint of the Cork University Press, published his first book, ‘The Café Paradiso Cookbook’ in June 1999; and his second, ‘Paradiso Seasons’ in June 2003. The first book was shortlisted for the British Guild of Food Writers Awards. ‘Paradiso Seasons’ won ‘Best Vegetarian Cookbook in the World’ at the Gourmand World Cookbook Awards in Barcelona in 2004, and was shortlisted for the James Beard Awards in New York in 2005.
November 2007 saw the release of Denis’ third book, titled ‘wild garlic, gooseberries & me’ and published by Harper Collins. Giving equal rein to his writing talent and ability to create inspirational recipes, ‘wild garlic…’ was shortlisted for the Andre Simon Awards in 2008.
His latest book, ‘for the love of food’, published by Harper Collins in April 2011, is easily Denis’ most accessible collection of recipes, focussing on home cooking with delicious flavour combinations.
http://www.cafeparadiso.ie/about/denis-cotter
[divider]